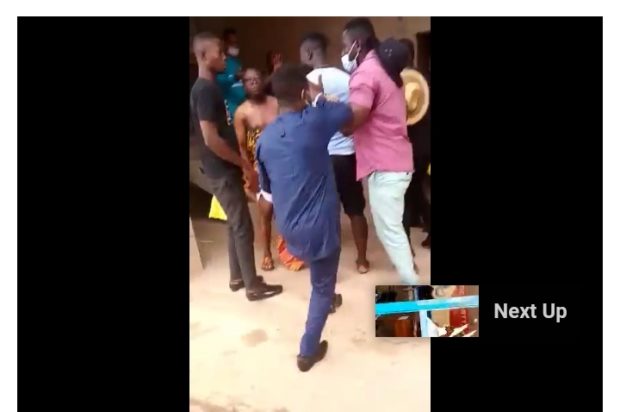 The Bekwai MCE nominee who was reappointed by President Akufo-Addo secured 33 YES votes out of 48 assembly members both elected and government appointees.

15 voted NO against the MCE nominee.

After the election, some of the Assembly members were attacked by a security task force which they allege are close associates of the Member of Parliament.

The Assembly Member for Dadease Electoral Area Hon. Kingsley Opoku Agyemang (Katakyie) who spoke in an interview with Pure FM’s Osei Kwadwo explained that, “the security taskforce came to where the election was held and brutalized some of the assembly members for not giving the MCE nominee 100% approval.”

He said, “the security taskforce came in and said the MCE nominee gave us money to vote YES for him so they wonder why we didn’t give him 100% approval. They told us to show them those who voted against the MCE nominee so they can take back the money from them.”

“Those who brutalized us are security taskforce who provide security for Bekwai MP Hon Joe Wise when he is in Bekwai,” he added.

It took the intervention of Police Officers at the scene to calm down the situation.

NDC, NPP ‘clash’ over use of word ‘killing’ for Ejura fatalities