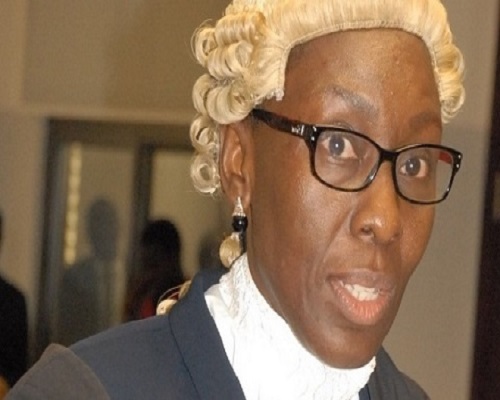 Spokesperson for the petitioner in the 2020 Presidential Election Petition, Marietta Brew Appiah-Oppong, is confident that Mr. John Dramani Mahama, still has a strong case, despite the dismissal of his applications.

The Supreme Court on Wednesday dismissed the petitioner’s application to inspect some documents in the custody of the 1st Respondent Electoral Commission.

The petitioner’s application for stay of proceedings was also dismissed.

Following these developments, Court correspondent for the Media General Group, Godfred Tanam sought to know from the spokesperson of the petitioner and former Attorney-General, Marietta Brew, if she thinks they still have a strong case.

She answered in the affirmative.

“We still think we have a very strong case, we are very very certain about the case we have before the court irrespective of the fact that our applications are being refused. We came to court prepared, we will go through the case till the very end”, she said.

On today’s application which was dismissed, she quizzed why the petitioner could not be granted access to the documents.

“We have come fully prepared for this case, in any case, the EC is supposed to be an impartial part of this whole, what is there to hide, what prejudice is there to be occasioned if they produce the documents for us to see?”, she quizzed.