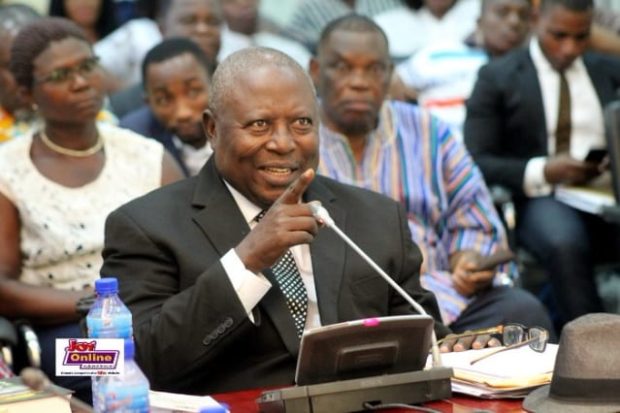 Special Prosecutor Martin Amidu has shamed a petitioner, Nii Tettey Tetteh, who had called on his office to investigate the controversial Agyapa deal, stating that he is attempting to take credit for something already being done by the Office of the Special Prosecutor (OSP).

Nii Tettey Tettey had earlier today sent a petition to Mr Amidu’s office to investigate the much-talked about deal, but in a swift response, Mr Amidu described him as being opportunistic and populist for seeking to take credit when he is not deserving of it.

Mr Amidu explained that the OSP was already looking into the matter and had made its work on it public, stressing that the petitioner should have been aware of it.

“Your letter under reference therefore, appears to this office as an opportunistic and populist enterprise on your part to take credit for processes already independently commenced by this Office,” Mr Amidu lashed out.

Mr Amidu also pointed out that the petition contains mere speculations which do not warrant the state committing resources to pursue his request.

But Mr Amidu’s letter has been criticised by a section of Ghanaians who find it inappropriate for the nature of his office.

Related Topics:AGYAPA ROYALS
Up Next