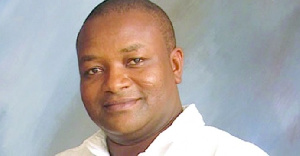 The flagbearer of the All People’s Party (APC), Hassan Ayariga, is confident that a ‘wasted’ vote on him can propel him to become the next President of Ghana.

In an interview with GhanaWeb, the APC presidential candidate urged electorates to scrutinize the promises of politicians before deciding to vote for them.

He said, “I don’t believe in supporting people bluntly. I believe in looking at the policies of that person, scrutinizing the manifesto of that person because I am a politician who believes in capitalism and socialism.”

Hassan Ayariga also stated that the teeming Ghanaians who have been frustrated and tired by the NDC and NPP can dump their votes on him.

According to Hassan Ayariga, a wasted vote on him will end up becoming an invested vote.

“I pray that the overwhelming Ghanaians will think otherwise and make that change that has never happened in Ghana, that they will say we’re tired of these two political parties and make a drastic change,” Hassan Ayariga proffered on GhanaWeb’s Election Desk.

“That is my prayer, it’s going to be possible and I believe in it.”