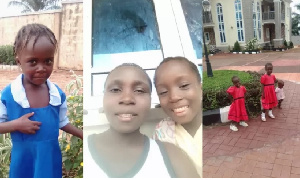 Nigerians have taken to social media to condemn the recent killing of a pregnant woman and her four children in the West African nation’s state of Anambra. According to BBC, the victims were part of at least twelve people who were killed in the south-eastern state. And authorities said they are searching for the gunmen responsible for the attacks.

The killings come just a day after authorities found the mutilated bodies of an abducted local politician and his aide. That incident also happened in the same state. Nigerian authorities said Biafra separatists are responsible for the surge in deadly violence in Anambra.

A community leader informed the news outlet that the gunmen ambushed the pregnant woman and her four children while they were on board a motorcycle taxi. The victims were heading home at the time of the attack.

The Indigenous People of Biafra (Ipob), which is a banned separatist group, is accused of being behind the increasing violence in south-eastern Nigeria. The group, which has been pushing for the secession of south-eastern Nigeria, has denied responsibility for a number of the attacks, BBC reported.

But Anambra isn’t the only Nigerian state with a surge in crime as authorities are also trying to clamp down on several armed groups that are engaged in killings and kidnappings in other areas in the West African nation.

Last Sunday, it was reported that over 30 people were either kidnapped or killed in the country’s northeastern state of Borno. Boko Haram militants and an IS-linked group operate in that area.