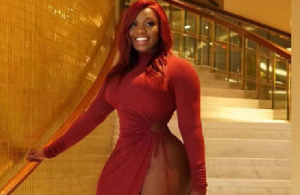 Popular Gambian actress, Princess Shyngle has shared racy photos of herself on social media in which she appeared almost naked.

Princess Shyngle was captured in a wine-colored dress that almost exposed her private parts.

The dress has a one-sided split which fully showcased her fleshy thigh and hips, moving up to her waist.

She rocked a pair of white heels and a sling bag to match.

In what appeared as though she went shopping, the actress posed for the cameras in a background that seemed like a mall.

After sharing the photos on social media, she disabled the comment section to prevent individuals from commenting on her post.

Perhaps, she is scared of experiencing hate comments and being criticized for her mode of dressing.

Princess Shyngle is popularly noted for unapologetically showcasing her curves on social media.

Watch the pictures below 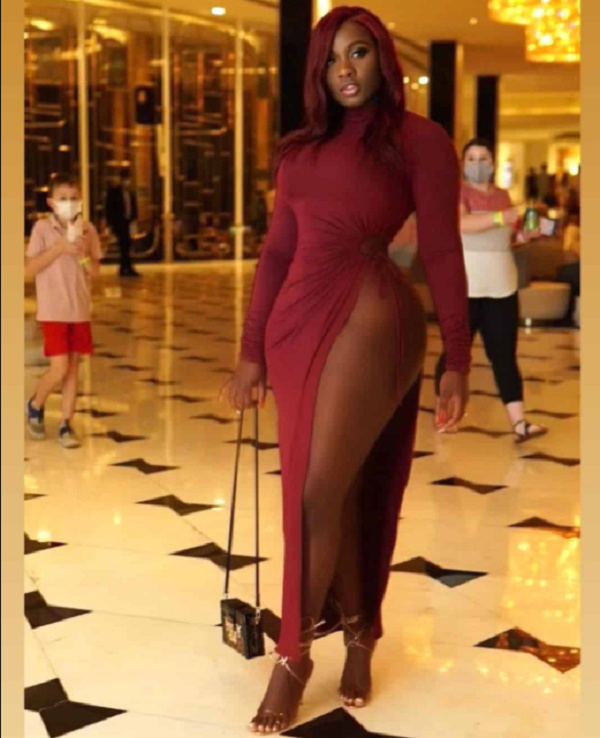