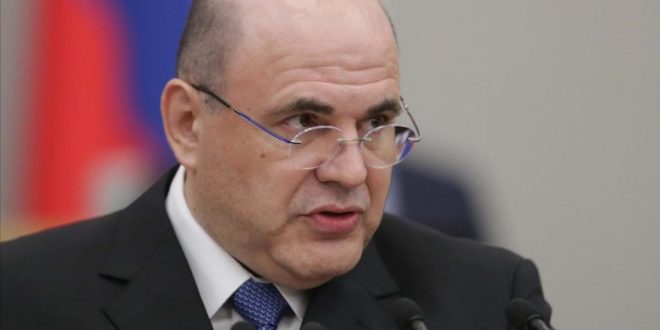 Russian Prime Minister Mikhail Mishustin has gone to hospital after testing positive for the coronavirus.

Mishustin, 54, who only took up the role in January, told President Vladimir Putin in a video meeting of his diagnosis. The meeting was broadcast on the state-run Rossiya 24 television channel Thursday.

“I have just learned that the test on the coronavirus I took was positive,” the prime minister said during the video call.

“I have to observe self-isolation and follow orders of doctors. This is necessary to protect my colleagues,” he told Putin, promising to be in constant contact “on all the main issues.”

What’s happening to you can happen to anyone, and I’ve always been saying this,” Putin responded. “You are a very active person. I would like to thank you for the work that has been done so far.”

Putin also voiced hope that Mishustin would continue taking part in drafting policies to shore up the Russian economy, which has been hurt by the virus.

First Deputy Prime Minister Andrei Belousov will take Mishustin’s place while he recovers, the Moscow Times reported. The newspaper reported that Mishustin would self-isolate in hospital.

Everyone who has had face-to-face contact with Mishustin in the past few weeks will be isolated and tested for coronavirus, his press secretary told reporters.