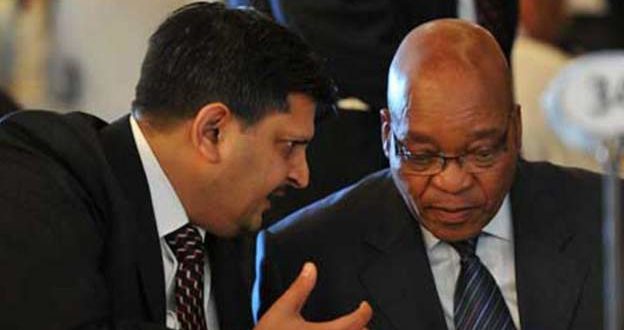 Authorities in South Africa have started the formal process of extraditing the Gupta brothers from the United Arab Emirates (UAE), after serving a formal extradition request to prosecutors in Dubai.

Atul and Rajesh Gupta were arrested last month after Interpol issued a red notice for them.

They are wanted in South Africa on charges of fraud and money laundering amounting to just over $1.2m (£1m).

They have been living in the UAE since they fled South Africa four years ago – after an anti-corruption inquiry, known as the Zondo Commission, started investigating their alleged involvement in massive state corruption.

Ajay Gupta, the third Gupta brother, is not in custody as an arrest warrant for him was revoked. He was accused of attempting to bribe a public servant by offering him the post of finance minister, in return for state tenders.

The family has close ties to former President Jacob Zuma.

They are accused of paying financial bribes in order to win lucrative state contracts and influence powerful government appointments – a process known as state capture.

The South African Department of Justice is hoping to charge them with further crimes related to state capture.