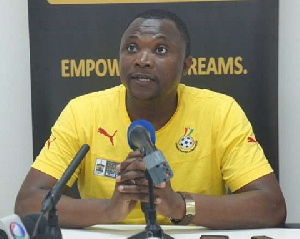 Sammy Darko, one of the lawyers for the investigative journalist, Anas Aremeyaw Anas, has disclosed that Ibrahim Sannie Daara, a former Communications Director of the Ghana Football Association, GFA, decided to run away from a defamation action he had filed against the journalist for his alleged role in the Number 12 documentary.

He did not comprehend why the Ethics Committee of the GFA would clear Sannie Daara when the Superior Court had sanctified the findings against him.

Sammy Darko was reacting to the news that Ibrahim Sannie Daara has been cleared of any breaches for his alleged role in the Number 12 documentary that premiered about four years ago.

In a post on his Facebook timeline he wrote, “sometimes, we joke too much in this Republic. How can an ethics committee clear Sannie Daara when a Superior Court has sanctified the findings against him in an action he brought to the Court himself. (IBRAHIM SANNIE DAARA v. ANAS AREMEYAW ANAS & 2 ORS (2020) JELR 107296 (HC)). Why did he not appeal the judgment of the High Court?

“As for a defamation action he filed, he run away from it immediately lawyers for Anas and Tiger Eye entered appearance and filed their defence.

“How did they clear him, did they invite those who paid him the bribe? If this is how we clear people, then there is no need for evidence of wrong.”

The former BBC and Joy FM journalist could, however, not comprehend why sports journalists in the country should be happy about the story that Ibrahim Sannie Daara has been cleared by the Ethics Committee.

“Funny is that some pro journalists are so happy about it. How do you rejoice over such sham lower-level committee work? You rejoice over this when indicted by a High Court?” Sammy Darko quizzed.

The GFA Ethics Committee has dismissed the case against Ibrahim Sannie Daara, who was facing charges of bribery and corruption in relation to the Tiger Eye Investigative Documentary (Number 12).

“The Ethics Committee concluded that there was insufficient evidence to support the allegation of acts of bribery and corruption on the part of Mr. Ibrahim Sannie Daara,” the GFA Ethics Committee stated in its decision signed by Chairperson, Phyllis M. Christian, Esq.

Sannie Daara was alleged to have been offered and accepted money from agents of Tiger Eye PI, contrary to Article 20.1(b) of the GFA Code of Ethics following the airing of the Number 12 Documentary, which purported to expose corruption in football in Ghana.

The Investigatory Chamber of the GFA Ethics Committee, Chaired by Dr. Isaac Annan, Esq. opened a preliminary investigation into the allegations of ethical breaches.

The Investigatory Chamber took steps within its power to obtain the necessary evidence to support or refute the charges preferred against Sannie Daara to the fullest extent possible.

This was done by calling the necessary witnesses as far as they were available and by seeking the facts as far as the records could show.

The Ethics Committee requested that Joshua Acquah, being a key witness, was invited to assist with investigations. However, the Committee was informed by the FA, that Joshua Acquah was not traceable since the airing of the Number 12 documentary. All efforts to find or reach Joshua Acquah were unsuccessful. The Ethics Committee found that from the video evidence and transcript, Daara had indeed met with two persons, ostensibly Acquah and an individual referring to himself as ‘Alhassan’ (Manager of Thomas Abbey).

The two requested that Sannie Daara could assist Thomas Abbey with a call-up into the then CHAN Team. In his utterances, Daara was heard advising the persons present to ensure that Thomas Abbey stays professional and that any player who does well a coach would call him.

He told the two people to encourage the player “to give all his best”.

Beyond the possibility that he was merely being polite, the Investigatory Chamber found no compelling evidence to ascribe any motive to Ibrahim Sannie Daara’s assurances other than the intentions he had expressed in his testimony.

The video evidence showed that there was no attempt by Sannie Daara to collect the offered envelope. In both edited and unedited videos, Daara was clearly seen to make a hands-off gesture and had declined to take the envelope as offered.

While the voice-over in the edited Documentary indicated that Ibrahim Sannie Daara had directed that the money be given to an acquaintance of his, the EC found no evidence to support this claim. There was no evidence of the person who purportedly collected the monies on behalf of Sannie Daara as proffered in the Documentary or provided to the Investigatory Chamber to tip the scales in favour of the accusation. In the opinion of the Ethics Committee, to go by the voice-over alone would have been to speculate on hypotheticals.

Therefore, the Committee assessed the evidence presented in the two videos, alongside the transcript, by viewing, listening, and discerning the points of variation to discount or validate the assertion made by the voice-over.

Further, it endeavoured to obtain critical testamentary information from the witnesses, as well as from the GFA and took steps to assess, analyze and consider this information against the charges preferred against Mr. Daara.

Taking all the above into account, the Ethics Committee concluded that there was insufficient evidence to support the allegation of acts of bribery and corruption on the part of Ibrahim Sannie Daara.