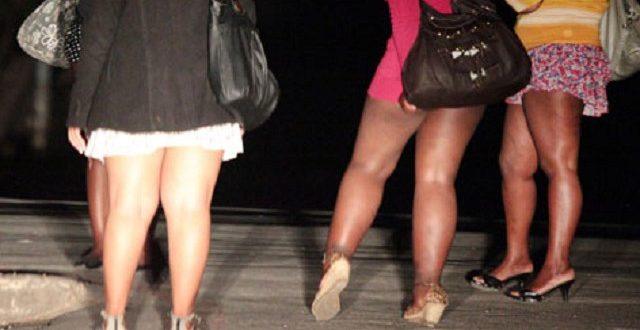 Some individuals never cease to astonish us. The problems with these so-called “sex workers” get more intriguing every day because they never cease to amaze us despite the fact that they are fully aware that the kind of business in which they engage is illegal in the majority of African nations.

How is it possible for a “sex” worker to get pregnant for a client when they are fully aware that they need to have used protection to prevent anything like that or even STDs? The fact that she is even certain of the specific man who caused her to get pregnant and chose to sue him instead is what intrigues me the most.

Esther Kalema, a Zambian “sex” worker, has filed a lawsuit against Mulenga, a client she met and had a one-night stand with around two months ago, alleging that Mulenga is to blame for Kalema’s pregnancy. According to a story in the Zambian Daily, Esther Kalema is requesting a monthly stipend of K500 for her maintenance and care of her pregnancy. She reportedly presented magistrate Harriet with documentation that she is genuinely pregnant when she filed the petition.

However, the 32-year-old client, George Kalema, claims he cannot comprehend why the woman would blame him for her pregnancy. For this reason, he is begging for Magistrate Harriet to throw out the case.

He said to the magistrate;

“Your honor, this woman here has never been my girlfriend. Yes, I slept with her at a fee, it was business. That is what she does. I just engaged her for her services as well, so how can she be pregnant for me”.

According to sources, George is a married man. He did not deny the fact that he had something with the lady but insisted that it was just a one-night stand of which he paid her for her service afterward and for that matter, had no business with her again. It is said that the incident took place in Zambia’s capital Lusaka. Magistrate Harriet, who is sitting on the case could not give out the final verdict and for that matter, scheduled it for the next hearing.

Previous What Africa must do to improve on tourism – Dubai Girls
Next Ginger: Effective against nausea, menstrual pain, indigestion and breast cancer