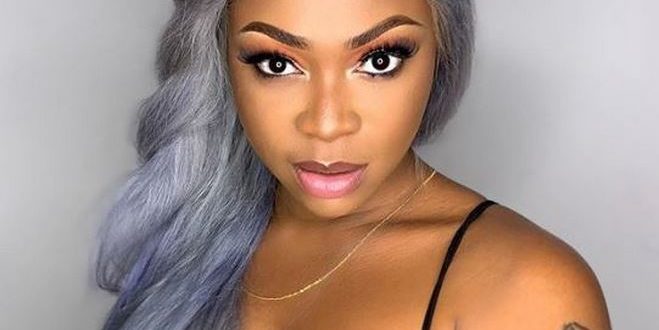 Occasionally, allegations (without proof) that Shatta Majesty, the only son of award-winning Ghanaian Reggae/Dancehall musician, Shatta Wale and his baby mama, Michy is not really fathered by him surface online.

While Michy, the mother of the adorable young boy, has refrained from making any public comments on the matter, it seems the same suggestion from a Ghanaian blogger, who uses the Instagram name @akokonsafuor was the last straw that broke the camel’s back.

In the comment section of a photo of Majesty shared on the Instagram page of blogger/vlogger, Zionfelix the guy suggested that there is no striking resemblance between Shatta Wale and the Majesty so he can’t be the father.

In a sharp reply to that suggestion, Michy angrily descended on the blogger and described him as somebody with low IQ.

“@akonkonsafuor from your level of reasoning, I believe you believe the child was conceived by 2 men cuz kids can’t look like their mums, right?? Mr Gyimieson ooiinn,” she replied him.

See a screenshot of this below: