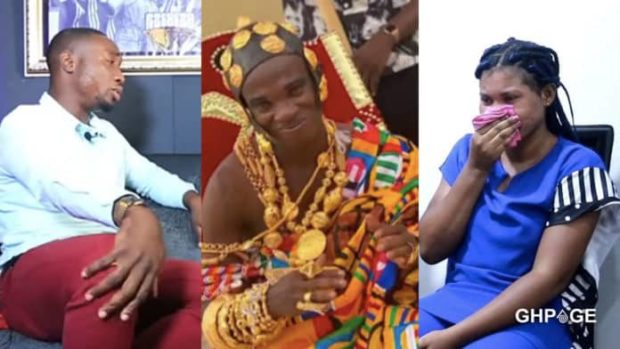 A young man identified as Kofi has come out to allege that he is the boyfriend of 16-years-old Matilda (the young lady who claims to be pregnant for Dr UN).

According to Kofi, initially, he vowed not to talk about the issue but one thing that is bothering him is some of the things revealed by Matilda and her sister.

Kofi revealed in an interview with Rashad of Ghpage that he started dating Matilda since 2018.

Rashad prompted him that Matilda and her sister have confirmed that she is sixteen (16) years old so that would mean that he started dating her at 14 which means she was underage.

But Kofi in responding to Rashad stated that he is confused because he knows very well that Matilda is 21years and would be 22 this year.

He continued that he was really surprised that when the issue came out, they are claiming she is just 16 years when they know it’s not true.

Though Matilda and her sister have stated and maintained that she is 16-years-old, some netizens believe they are telling lies so they can have a case.

But this new revelation from Kofi has gotten people asking questions about her actual age.