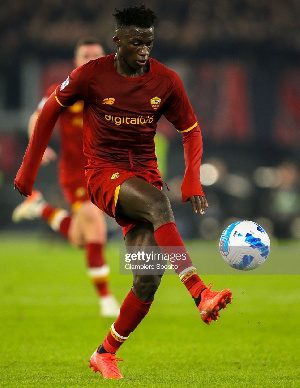 Speculations of the demotion of Ghanaian starlet Felix Afena-Gyan from the first team of Italian side AS Roma has generated concerns about the development of the forward.

Afena-Gyan has, according to report been sent to the junior side of AS Roma after he went to party at a nightclub a day before Roma’s game against Spezia.

The action of the 19-year-old is reported to have infuriated Jose Mourinho who has punished him by sending him to the B-team of Italian giants.

The report has caused stirs with Ghanaians concerned that it could be the start of the end of the youngster.

Some are worried that Jose Mourinho could drop the hammer on the young player and that could spell doom for him.

The likelihood of Afena-Gyan’s career taking a downward turn has been discussed as Ghanaians wonder why Afena-Gyan would put up such behavior.

Read some of the tweets below