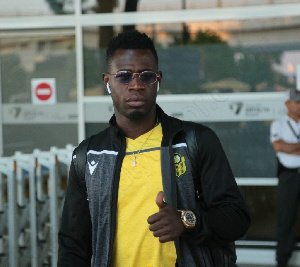 The 28-year-old joined last season on a free transfer after seeing out his contract with Serie A side Empoli and has been a firm staple of the side.

His mastery in midfield has made him one of the best midfielders in the Turkish top-flight.

Before the start of the new season, head coach Hamza Hamzao?lu appointed Acquah as his second-in-command on the pitch.

Last season, he scored one goal in 27 league appearances.

Related Topics:Afriyie Acquah
Up Next

GPL, Division One League to resume with 25% spectators