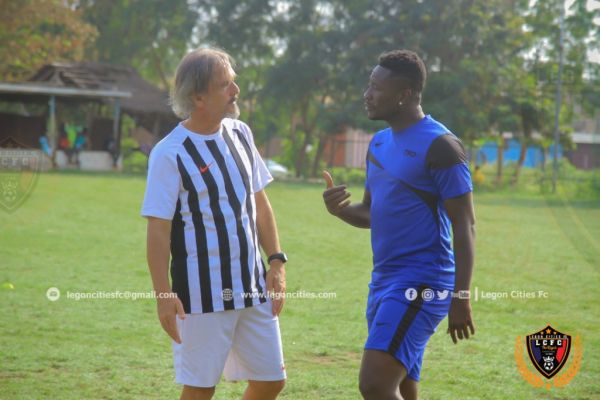 The 34-year-old had been linked with Asante Kotoko but the Royals offered the most attractive deal.

In an interview with Luv Fm, Malik Jabir, who until recently coached Black Meteors, said Kotoko would have been the ideal destination for Ghana’s all-time top goalscorer. “Gyan’s comeback is good for the local league but I wish he had joined Kotoko because I have seen his heart is with Kotoko but maybe we didn’t have money to take him.

If he had come to Kotoko, he will have had things much easier than going to struggle in that small team,” he opined.

Jabir further stated that Gyan should have chosen a club with much experience on the continent as a boost to his appearance on the local scene.

“They are now struggling to come up because it is a new team. It’s not their fault; they are a new side struggling to make it. So, it means he [Gyan] will struggle over there more than if he had come to Kotoko”.

Malik, however, believes Gyan’s presence will add a lot to the Ghana premier league.

“First of all, it will now go to tell all those who went outside and never came back and to remind them that when you go and you’re nearing completion come and end it home without any shame.

Secondly, it will again help whichever team Asamoah Gyan joins to rake in more money at the stadium because many people will want to see him play. If you look back at our days, because of a single player a lot of people used to come to the stadium.”