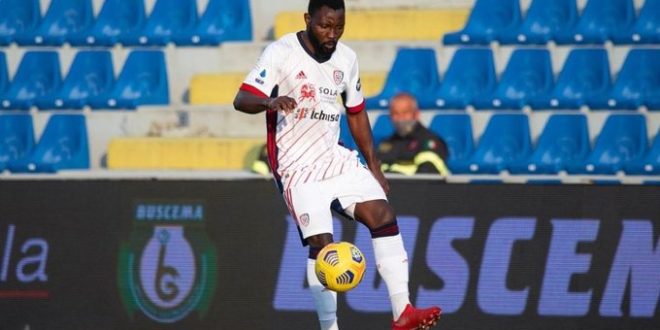 Asamoah makes history in Serie A

Ghana international, Kwadwo Asamoah, has become the most capped African footballer in the Italian Serie A after making his debut for Cagliari.

The 32-year-old joined Cagliari as a free agent in January after parting ways with Inter Milan.

Over the weekend, he made his debut when he came on as a second-half substitute, replacing Joao Pedro in the 77th minute.

The Ghanaian chalked history with his latest appearance – his 271st – in the Italian top-flight to become the African footballer with the most appearances in Serie A, overtaking compatriot Sulley Muntari.

Muntari made 270 appearances in Serie A during his stints with Udinese, Inter Milan, AC Milan and Pescara.

Meanwhile, Asamoah has enjoyed a fruitful career in Italy, having played in Italy in all of his professional years.

He made over 100 appearances during his time with Juventus, winning six league titles in the process.