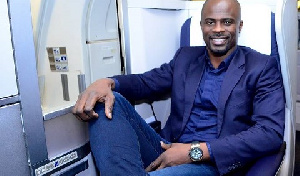 Ghanaian born former Dutch international George Boateng has been confirmed as the new Assistant Manager of the Under-18 side of Aston Villa.

GhanaCrusader Sports can reveal that the 43-year-old was handed the new role yesterday and will assist Richard Baele.

The former Villa midfield enforcer made a total of 103 appearances scoring four goals in the process during his playing career with the English top-flight.

Boateng had a short stint with Malaysian side Kelentan FC in 2015 and also worked as the Under-13 head coach of Blackburn Rovers.