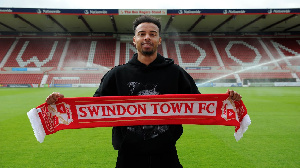 Ace broadcaster Dan Kwaku Yeboah has taken a swipe at the Ghana Football Association and Black Stars coach Milovan Rajevac over the selection of Swindon Town goalkeeper Jojo Wallocot into the team.

In his maiden call-up as Black Stars coach, Milovan Rajevac named Wallocot among the four goalkeepers.

The selection of the 25-year-old who plies his trade in the fourth tier of English football has raised eyebrows as some Ghanaians had not heard of him prior to the announcement of the squad.

Speaking on Peace FM, Dan Kwaku Yeboah quizzed if Wallocot is the best option available for the Black Stars.

Kwaku Yeboah who is puzzled by the selection, stated that Felix Annan, formerly of Kumasi Asante Kotoko would have been a better pick.

Despite his dissent to the selection, Dan Kwaku Yeboah said that Ghanaians must support the Black Stars as it is the team that represents the country.

“At this stage, they have signed Milo so we all can do is to support them but they should be careful with the way they are handling the Black Stars. You’ve gone for a goalkeeper who plays for a third division club in England.

“So there is no keeper in our local league who is better than him? Granted, Richard Ofori is injured, is that the best replacement? Is Felix Annan not better than him? If he was a good goalkeeper would he be playing in the fourth tier of English football?

“We’ve played over 30 matches in our league and we can’t find a good goalkeeper. It will take a long time before we black people stop fooling. Had it been Akonnor who selected this guy, Ghanaians would have insulted,” he said.

The call up by Milovan Rajevac is meant for the doubleheader against Zimbawe in the 2022 World Cup qualifiers scheduled for October, 9 and 12.

The selection saw the return of Mohammed Kudus and Thomas Partey who missed the game against Ethiopia and South Africa earlier this month.

The Black Stars have nine points from three matches played in the qualifiers.

Asante Kotoko board reportedly against sacking of Emmanuel Gyamfi