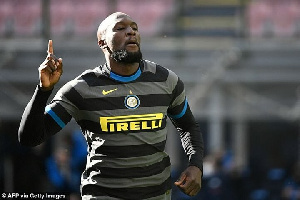 Racist chants were directed at Raheem Sterling and Jude Bellingham during England’s 4-0 win in Budapest, where Hungary will have to play their next two games in UEFA competition behind closed doors following racist and homophobic incidents during Euro 2020.

Lukaku said: “We always talk about the racial issues. But not only that but a lot of stuff of discrimination that’s happening in and around the football pitch. And I think now it’s the time that, something has to happen.”