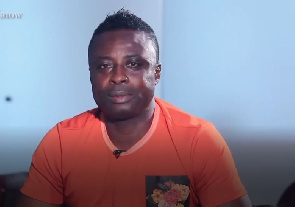 Former Hearts of Oak and Asante Kotoko striker, Charles Taylor says he does not believe the current Black Stars team can win the African Cup of Nations this year. The Black Stars of Ghana have failed to win Africa’s most prestigious football competition for the last 37 years despite making 3 finals since 1982.

In 1992, Ghana lost the final to Ivory Coast and went on to lose out to Egypt in Angola in 2010 before missing out on another opportunity Ivory Coast in 2015.

According to Charles Taylor, the current players in the national team do not have the fortitude and temperament to annex the trophy.

According to Taylor who made 41 caps for the various Ghana national football teams scoring nineteen goals, Ghana has failed to progress compared to other African football countries in recent times.

Asked if Ghana can win the upcoming Cup of Nations to be staged in Egypt, he said “I can’t tell and everyone has his beliefs but personally I don’t believe it. Some African countries are advancing but Ghana is still living in the past,” Charles Taylor revealed on the Delay Show.

The former Hearts of Oak and Asante Kotoko goal poacher observed that the national youth teams which often supplied players for the Black Stars are struggling because of poor systems and structures.

He said, “At first the U-20 teams were the players for the national team but the current youth players are not playing any better.”

The Black Satellites failed to qualify to the U-20 FIFA World Cup to be staged in Poland after managing a lone victory and two defeats at the group stages of this year’s U-20 AFCON in Niger.

Alluding to that poor performance, Taylor said, “Just look at how they performed, we’ve played at Athens at the U-20 level but those days you can see there was confidence in the team. Players like John Mensah, John Paintsil, Chibsah, Baffour were all part of our squad not forgetting Stephen Appiah, I mean we had players by then. All this players were also in the Black Stars.”

When the host Doris Frimpong Manso sarcastically asked, “But this squad couldn’t win the trophy” the player replied “if we couldn’t win it, then nobody can win it.”

Despite representing Ghana at the Youth Olympics in Greece and thrilling fans in Premier League winning the ‘Most Exciting Footballer’ award in the 2001 domestic season, the dribbling magician was surprisingly omitted from Osam Duodu’s squad for the 2002 AFCON.