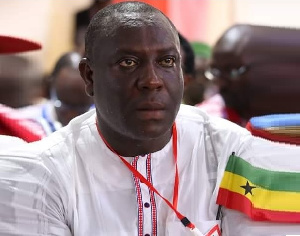 The club in recent months has had a redirection in its infrastructural development with the Pobiman academy project still under construction and plans to build a new commercial edifice.

Speaking to Starr sports, Mr. Odotei envisioned the club’s desire to reclaim its pre-eminent status and be greater than their Egyptian compatriots.

“We will have a commercial centre dedicated solely for merchandising, ticket sales and a whole complete commercial unit that will ensure that, apart from operational income of match day proceeds, we will be able to generate revenues from merchandising. We’ve employed dedicated officers for ticketing, merchandising, and sponsorship. That’s what we call relationships. In addition, the commercial manager, we are going to employ more people. The project of hearts of oak should not be different from Real Madrid. We want to be greater than Al Ahly and Zamalek within the medium term.”

Meanwhile, the phobians had made no appearance in any CAF organized competition since 2015 until 2021. Hearts of Oak are twenty one times Ghana Premier League champions with three continental trophies.