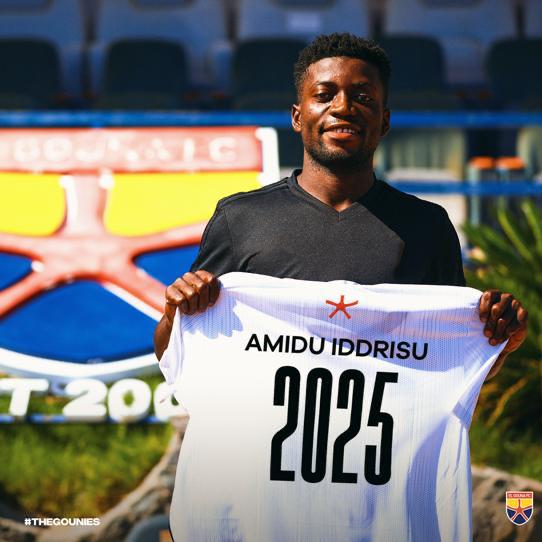 Cheetah FC forward Amidu Iddrisu has officially been transferred to the Egyptian premier league side EL Gouna FC. The Egyptian side decided to sign Amidu on a 4-year deal after his second training with them.

The Sporting Director of the Club, Hossam EL-Zanaty is highly impressed with the signing of the talented Ghanaian forward saying “Amidu has huge potential to become a top striker in the future. we are going to work on him to bring the best out of him, he is very much welcome to the city of El Gouna.

The bankroller of Cheetah Football club, Abdul Hayye-Yartey expressed his joy over the signing of his player ” Amidu’s talent has never been in doubt since I first scouted him. He’s well built and a fine centre forward. If he can keep his focus and concentrate, no doubt he’ll be good potential. I am happy for him and hope he makes good use of this opportunity”

‘Be proud playing for Ghana’ – Milovan to Black Stars