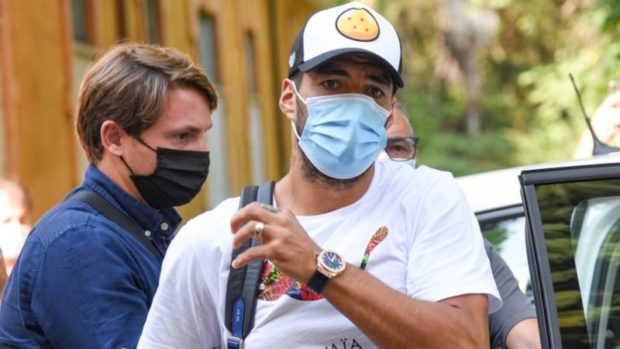 Italian authorities are investigating alleged “irregularities” in Uruguayan footballer Luis Suarez’s Italian citizenship test.
The Barcelona striker took the exam last week as part of a possible move to Italian club Juventus.
But the Perugia prosecutor’s office and the financial police say they are looking into how the test took place.
Judicial sources however have told Italian news agency Ansa that Suarez himself is not under investigation.
The player allegedly knew about subjects given in the test before he took it at the University of Perugia and had his final score agreed beforehand, according to a statement issued by the prosecutor’s office in Perugia, central Italy, and the Guardia di Finanza.
Moreover, the Uruguay national “demonstrated only an elementary knowledge of the Italian language”, according to the statement.
Five university officials, including the dean, are now under investigation. Authorities seized documents at the university on Tuesday.
The University of Perugia, where the test took place, has denied any wrongdoing. In a statement, the institution reiterated “the correctness and transparency of the procedures followed in the exam”.
Reports earlier in September said Suarez had agreed a deal with Juventus, but his citizenship remained an issue, as the club had no spots left in their squad for non-EU players.
Suarez’s wife is Italian, making him eligible to apply for an Italian passport – which would have allowed him to transfer to the Turin-based club. But the 33-year-old player needed to pass a language exam, which he took at Perugia’s University for Foreigners on 17 September.
The footballer’s application for citizenship is also reported to have been expedited from a usual wait of between two and four years to around 15 days, prompting anger from other foreign applicants, says the BBC’s Italy correspondent Mark Lowen.
Suarez joined Barcelona from Liverpool in 2014, and in his first season helped the club win the Copa del Rey and La Liga in Spain as well as the Champions League.
But he has recently fallen out of favour at the club. New manager Ronald Koeman reportedly said he had no future at Barcelona.
Source: BBC.COM
Related Topics:Suarez
Up Next