struc Pressure mounts on C.K Akonnor as Ghanaians call for his head after South Africa defeat - Home Of Ghana News 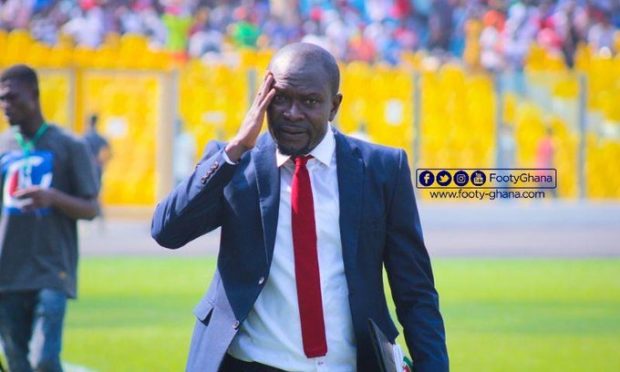 Ghana had a single shot on target the entire game with the closest Ghana went near the goalkeeper William’s goal was when Joel Fameyeh was tripped when he was through on goal.

The resulting free kick was fiercely struck by Wakaso Mubarak but the goalkeeper held firm without any trouble.

Under the guidance of C.K Akonnor as coach, Ghana has scored just 1 goal in its last 4 matches and 5 shots on target in last 4 games which is piss poor for a country of Ghana’s footballing abilities and history.

The first half ended 0-0 as Ghana would count themselves lucky as a Percy Tau header was wrongly flagged offside as the Al Ahly forward appeared to be onside.

Ghana came up a bit better in the second half but it was the Bafana Bafana who made it count as in the 83rd minute as Maritzburg United striker Bongokuhle Hlongwane cushioned a cross into the far corner to open the scores for South Africa.

After the defeat angry Ghanaians have taken to twitter and other social media platforms to demand the sacking of the former Kotoko, Hearts gaffer who has a woeful 40% win rate since taking over the job in January 2020 with Caleb Ekuban the only player to have scored for Ghana since C.K Akonnor took charge.

CK: Akonnor: Andre you know the tactics we’re going to use against South Africa?

Andre: No coach, tell me.

CK: Me neither, Just do what you did at Swansea. pic.twitter.com/w0ZN7vlL9B

There hasn’t been a game you can say the Black Stars really played well since he took over.

The two GREATEST football coaches in the world right now:

Samuel Boadu of Hearts of Oak is a better Coach than CK Akonnor. Ngl

After 10 games in charge, CK Akonnor has a 40% win rate as Black Stars coach. pic.twitter.com/pHFH37f5j1

At this point, I have lost hope in #BlackStars Coach CK Akonnor. These two games against Ethiopia, Bafana Bafana of South Africa has revealed a lot about him as a tactician. Can’t defend him anymore. No clear threat at goal in this game. ???? #WorldCupQualifiers#WCQ2022 #WorldCuppic.twitter.com/zcHicPHAfi

CK Akonnor is never a coach to lead the Black Stars. He should be sacked after the game

CK Akonnor is never a coach to lead the Black Stars. He should be sacked after the game

DNA test just confirmed that Mikel Arteta and CK Akonnor are brothers from the same father.

DNA test just confirmed that Mikel Arteta and CK Akonnor are brothers from the same father.

CK Akonnor takes $25,000 a month? Somebody should tell me it’s not true please

$25,000 a month and this is the kind of football he’s giving us and he still hasn’t been sacked? Herh