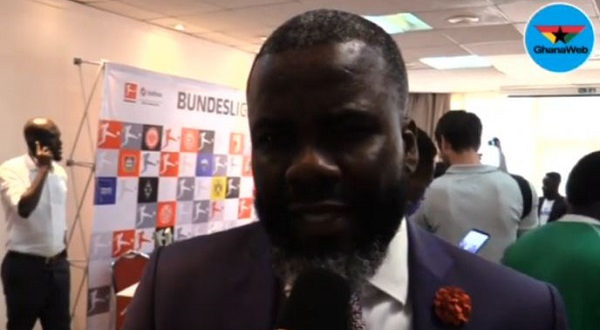 Former Ghana and Bayern Munich ace, Samuel Osei Kuffour is being considered for the Chief Executive Officer [CEO] role at the club.

Before the appointment of Nana Yaw Amponsah as the CEO of the club, Kuffour was heavily considered for the vacant job.

Despite the considerable sponsorship brought in under his auspices as the CEO of the Porcupine Warriors, Nana Yaw Amponsah has come under intense pressure for the past weeks due to his leadership style, as some media outlet have described it.

Ahead of Kotoko’s Champions League game against Al Hilal in Omdurman which has been postponed after seven players and four officials tested positive for Covid-19, the players threatened to boycott the game if their unpaid entitlements are not paid before the game.

The management hurriedly moved to settle the debt to avoid any embarrassment in Sudan.

Players of Kotoko have demanded to meet the entire Board over the leadership style of the young football administrator when they arrive in Ghana from Sudan.

Before the departure of the team for the game, it was reported that Nana Yaw Amponsah is having a rocky relationship with Board Chairman, Dr Kwame Kyei which has created a communication vacuum.

The Board of Directors were furious after Maxwell Konadu was sacked by Nana Yaw Amponsah without seeking approval from the board.

But in an interview, the 2019 Ghana Football Association presidential candidate admitted he was wrong.

However, a report by Nhyira FM’s Owusu Bempah claims the Board of Directors have approached Osei Kuffour and wants him to take over the CEO role from Nana Yaw Amponsah.

Kuffour, a former SuperSports pundit made 54 appearances for Ghana, scoring three-goal and played at four AFCON tournaments and was part of Ghana’s maiden FIFA World Cup squad in 2006.

Meanwhile, Nana Yaw Amponsah was awarded a three-year deal as the CEO of the club.

Previous Photos Of Ramatu Bawumia, The Woman Speaker Of Parliament Mistakenly Addressed Her As Samira Bawumia – Alleged Bawumia’s 1st Wife
Next NPP will soon buy NDC MP’s one by one – Lord Hamah