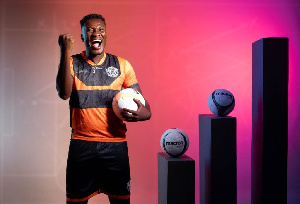 For some players, the commencement of the Ghana Premier League on November 14 will be the start of a new path in their careers.

Their first matches in the 2020/21 Ghana Premier League will be the first time they will be competing for clubs in the league.

But for some players, the resumption of the league will officially confirm their return to a league they once played in and excelled in before flying out to seek greener pastures.

Undoubtedly the biggest move of the transfer window. After flirting with Kotoko throughout the window, Gyan joined Legon Cities on deadline day.

The Black Stars striker signed a one-year deal with the club after they agreed to his demands.

Gyan will lead the lines for Legon Cities when the league returns and his rich experience will be key for the Royals who suffered in the truncated season.

Gyan is returning to the league, seventeen years after leaving Liberty Professionals.

After two years away from the club, Razak returned to Hearts of Oak as a free agent.
The 26-year-old speedster has signed a three-year deal with the Phobians after terminating his deal with Guinean side Horoya AC.

Hearts are determined to end their trophy drought which has spanned more than ten years and Razak could prove a key player in their bid.

The junior brother of Sulley Muntari has signed for Kumasi Asante Kotoko after being unattached for almost a year.

Before leaving Ghana in 2013, Muniru played for Liberty Professionals.

The one-time GPL top scorer has returned to Ashgold and will be hoping to score the goals for the Miners.

He has been without a club since his contract with the Malaysian side Puchong Fuerza FC ran out in the summer of 2019.

The former Ebusua Dwarfs hitman will be partnering Asamoah Gyan at Legon Cities.
The 21-year-old was also linked with Aduana Stars.

In one of the bizarre moves of the window, Ablora joined Kotoko who already have several goalkeepers on their books.
He previously played for WAFA.

Nathaniel Asamoah joined Ashgold for free on transfer deadline day. He returned to the league after ending his stint with Armenian side FC Banants which he joined in 2018.

The 2017 WAFU Cup golden boot winner will be in the GPL season after returning to Berekum Chelsea.

The 28-year-old is joined Elmina Sharks as a free agent after partying ways with Congolese side SM Manga Balende.

The midfielder has signed a two-year deal with the side.

The former GPL goal king has joined Aduana Stars confirming his return to the GPL. He will be battling with Yahaya Mohammed and Alex Asamoah for starting spots.