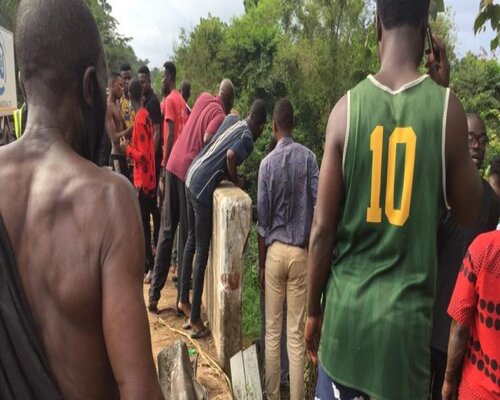 De Kay abrantie of Angel 102.9fm has yet again Disclose to Reportghana.com That the members of The youth football academy in the Offinso Municipality of the Ashanti Region who engaged in an Accident after a KIA Pregio vehicle veered off the road and fell into River Offin has recorded two death attached to the 6, making 8.

Police say the driver of the vehicle, who was speeding, lost control of the steering wheel and veered off the road.

“There were 36 passengers on board. Our investigation revealed that the passengers were made up of football team members who were returning after taking part in a league. Upon reaching the spot at River Offin, as a result of speeding, the driver lost control of the steering wheel, veered off the road and entered into the river. Six of the passengers between the ages of 12 and 16 died on the spot. 30 others sustained injuries. They were sent to the St. Patrick hospital for treatment,” he said.

DSP Edmund Nyamekye also added that the bodies of the deceased have also been deposited at the St. Patrick Hospital morgue.