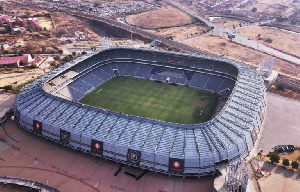 The African continent has been hit with the controversial news of CAF accepting the request of Ethiopia to host Ghana in South Africa in their penultimate World Cup Qualifier.

Ethiopia will host the Black Stars in the 2022 World Cup qualifying match next month at the Orlando Stadium in Johannesburg.

Following the ban on the Bahir Dar National Stadium in Ethiopia for not meeting the required club licensing standard, the Ethiopia FA chose to play the game in South Africa.

Ethiopia initial opted for the Nyayo National Stadium in Kenya for the game but swiftly changed their request and opted for the Orlando Stadium in South Africa under controversial circumstances.

With Ghana and South Africa wrestling for a ticket to top Group G, many believe CAF shouldn’t have accepted Ethiopia’s request to host Ghana in South Africa on the principles of fairness and fair play.

With South Africa being the key contender with Ghana, several people who have reacted on social media believe South Africa will play a key role in the outcome of the game since they will be the big winners in the event Ghana are defeated.

The Black Stars currently sit at the 2nd place on the Group G standings with just one point adrift of leaders South Africa.

Ghana needs to win the next two games against Ethiopia and South Africa to ensure they book a place in the playoffs scheduled for March next year.

With CAF accepting the request of Ethiopia to host Ghana in South Africa, Ghana’s only option is to fight above themselves to defeat Ethiopia to keep their hopes of qualifying alive.

AUDIO: What I love about my husband – Odartey Lamptey’s wife