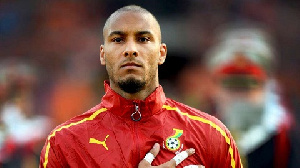 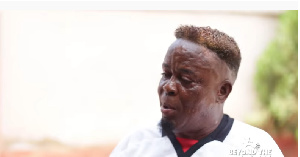 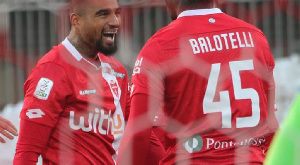 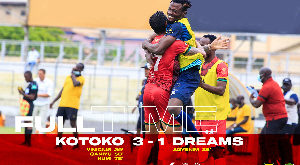 Ghana defender, John Boye has for the first time debunked the widespread notion that he and some defenders in the senior national team impressed on Ghana coach Kwasi Appiah to drop goalkeeper Adam Kwarasey during the 2014 FIFA World Cup in Brazil.

Kwarsey who was Ghana’s first-choice goalkeeper during the tournament lost his position after the Black Stars lost their first Group game against the USA.

It emerged after that painful defeat that Kwarsey had difficulty communicating with his defenders due to his inability to speak any Ghanaian language.

Kwarasey is a Norwegian-born Ghanaian who didn’t grow up here and thus struggles to speak any local dialect.

He expressed shock after he lost his position and has hardly played for Ghana after the sordid incident, turning down overtures from Coach Avram Grant and Kwasi Appiah in the last couple of years.

But speaking on UTV’s Atuu programme hosted by AbeikuAggrey Santana, John Boye said the allegation that Kwaraseywas dropped because of language barrier is inaccurate.

“That cannot be possible. How can we tell the coach to drop a player from the squad because of the language barrier? People say all sorts of things, half of which aren’t true. We will never do that to him because he is one of us.”

Boye was part of the Ghana team that crashed out of the 2019 AFCON in the Round of 16 stage.

Previous PHOTOS+AUDIO: Car knocks down man to death at Gomoa Mpota Junction
Next Ghana Cocoa Board to raise $1.3 billion in syndicated loans 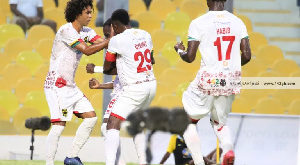 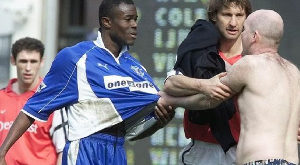