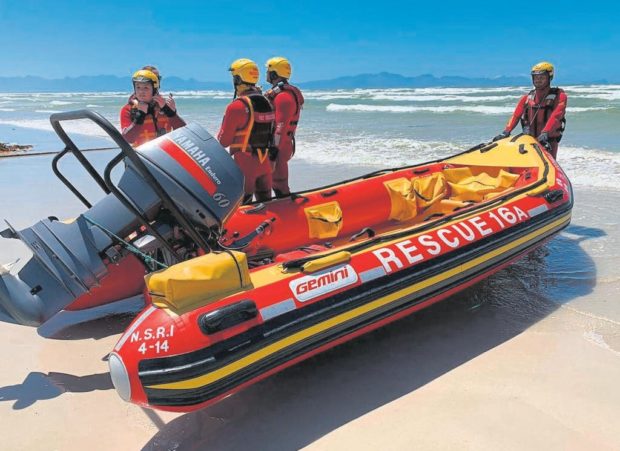 Teen, 13, drowns at a beach in Cape Town

A teenager, 13, drowned while swimming with a friend at Hout Bay Beach, Cape Town, on Sunday.

The National Sea Rescue Institute (NSRI) duty crew was activated at approximately 14:35 following reports of a drowning in progress.

The NSRI’s Hout Bay sea rescue crafts Albie Matthews and Tintswalo Phoenix were launched, as well as NSRI Hout Bay rescue swimmers and rescue vehicles, together with the City of Cape Town’s lifeguards.

“An extensive search commenced for a 13-year-old male missing in the surf. The local teenager had been swimming with a friend when he got into difficulty and disappeared underwater,” the NSRI said in a statement on Sunday. The teenager was located and recovered from shallow surf by NSRI rescue swimmers and police divers.

“The teenager was sadly declared deceased on the scene, and the body of the teenager has been taken into the care of Police and Government Health Forensic Pathology Services.

Tags 13 A at Beach CAPE drowns IN Teen TOWN