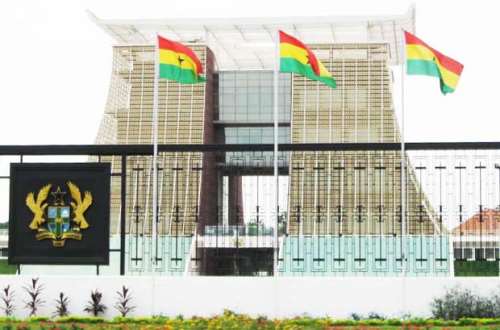 The White Man in Flagstaff House

“Our main problem in Africa is bad leadership!” Since independence and democracy in Africa African voters had and have a right to vote for a leader of their choice. Again and again, they decide for leaders that eventually failed them blaming it on the corrupt White Man eager to use these leaders to exploit Africa through the back door.

“The youth must arise!” is a beloved widespread slogan with high emotions and less deep analysis and thinking. Youth has the blessings of fresh ideas with innocent hearts, but also with no experience as individuals and persons in politics, social and economic life. If anything Arab Spring has thought humans once more the vital lesson of a revolution with no detailed plan and matured personalities to fill the vacancies leads to a counter-revolution and a country where the same old problems reign in different colours.

African youth is quite rightly angry and disappointed with their black leaders while marching through the desert, dying in the Mediterranean Sea, misused in Europe by their countrymen shielding them with legal papers as illegal immigrants to live again a life as modern slaves or remaining in e.g. Ghana with no hope of a bright future always one packed suitcase ready to leave.

When a political system is not working for a nation at a certain time it needs to be changed. Africa since independence has seen ups and downs as that is what life is all about. Europe since the end of WWII has seen on all fronts of life over time an increase in development which Africa has not been able to see. This might be called the privilege to be born white but fundamentally this description lacks the wisdom of mankind and the history and meaning of humanity.

As we live in a world of systems, not only in the Bible and Quran, no system is on its own but the result of human thinking and action making the human the vital part of any success or failure story. Humans are not equally gifted but blessed with many diverse talents. For this reason, no individual nor society needs to feel ashamed of not being able to fill every vacancy in society rather be filled with wisdom to realise the strength given and the need for help from outside, permanently or periodically.

To feel ashamed before history instead of asking for help is a common evil attitude. An Electrician can not do what a Doctor does, yet both depend on each other with their given talents to make the Doctor’s Office function when an electric fault occurs or a covid19 booster jab needs to be given.

Democracy is good for the White Man, but currently not yet benefiting the African societies. As humans are the most important factor for positive change the turnaround mentality to find inside the society that is spinning around and around in misery is an impossible endeavour while fresh ideas not connected to the past of a nation and friendly with the elite with all its octopus-like strings attached backed by the strong local force like the Military in transition mood can better bring about a positive change in a shortest possible time when based on diversity, service to the nation and ensuring its constant independence and integrity.