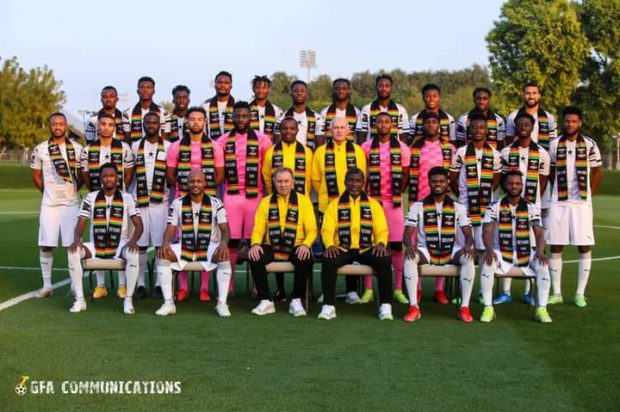 Twitter continues to be the platform for real time conversation and engagement on trending topics. This week recaps some of the trends and stories making highlights.

Fans were excited ahead of the opening tournament between Ghana Black Stars and Morocco, with loads of well wishes to #TeamGhana. One of the show stopping goodwill messages was a Tweet by the US Embassy Ghana, showing the US Ambassador’s support as she rocked a Black Stars jersey. As it turned out, the Black Stars disappointingly lost 1-0 to Morocco; an 83rd-minute Sofiane Boufal goal gave The Atlas Lions the crucial win. Ghanaians expressed their views and analysis on Twitter with #Afcon2021, and top media channels like Citi Sports and Joy Sports Tweeted their reactions.

Two of Ghana’s finest sports journalists will be bringing sports fans around the clock coverage and behind the scenes content on the on-going AFCON tournament via Twitter. Juliet Bawuah and Gary Al-Smith shared the exciting news in Tweets via their handles. Tweeting about it, Gary also revealed the official hashtag to share real time stories. Be sure to be following Juliet and Gary for all the reactions on AFCON on Twitter and Twitter Spaces with the hashtag #AfconwithGary #AfconwithJuliet & #Afcon2021.

Sarkodie and Chance The Rapper finally link up

Grammy award-winning US rapper, Clarence Johnathan Bennett, a.k.a Chance The Rapper and Ghanaian rapper, Sarkodie have finally met. Sarkodie honoured Chance The Rapper’s request to meet after he Tweeted about being keen to meet the Ghanaian rapper. The original Tweet read: “I’ve done everything in Ghana except meet @sarkodie.”. Following the link up, Sarkodie took to his Twitter page to share the photos. Media channel, Hot FM Tweeted about the link up also.

Afrochella sends shout out to Tweeps

Africa’s largest cultural event Afrochella shared a throwback pictures of some festival-goers captured during the spectacular event in December, in a Tweet that read “Shout out to the Tweeps #Afrochella”. The exciting music and cultural event brought together African and Diaspora communities to celebrate African talent and to experience the colourful diversity of African culture.

#Saskay was trending organically on the entertainment list on Thursday. The 2021 Big Brother Nigeria Housemate, popularly known as Official Saskay is set to make her first debut in a movie titled “Cake_The Movie”. She made the announcement in a Tweet, captioned “Super Excited”. The movie also features the legendary actress, Patience Ozorkwo.
@Twitter remains your official source for what’s happening!

It's game time! All the best to the Black Stars of Ghana in the #AFCON2021. Go #BlackStars Go! pic.twitter.com/eYLygJ256l

Excited to let you all know that this #Afcon2021,you can follow my official hashtag #AfconwithJuliet for a round-the-clock coverage all month, bringing you the behind-the-scenes content you love. It should be an exciting month of African football. Only on @Twitter. pic.twitter.com/9Wv8y334K1

This #AFCON2021, I've my own official hashtag: it's #AfconwithGary👨🏿‍🦱

I've got just one job: to share stories and updates with you. Real-time and behind-the-scenes stuff.

You'll find the hashtag atop your TL when you open the app. Only on @Twitter. pic.twitter.com/bTf3ExJzEv

I’ve done everything in Ghana except meet @sarkodie

Shout Out To The Tweeps At #afrochella pic.twitter.com/pePXkg8sMW