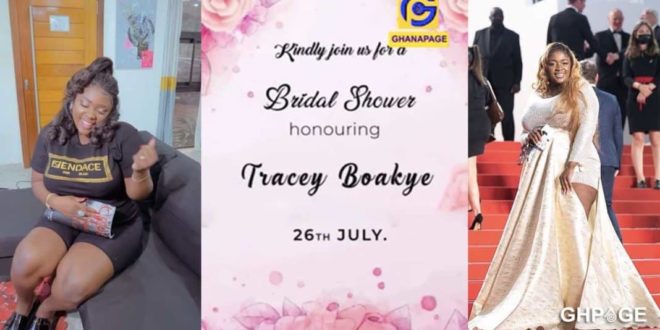 Actress and film producer Tracey Boakye aka East Legon landlady has finally reacted to the rumours about her incoming marriage ceremony.

A few days ago, we reported that the rich actress was preparing to get married before the end of the month.

In our earlier reportage, we stated that the actress lastest by 28th of July was going to get married to the man her heart has always yearned for.

After the post, Tracey has been quiet about the rumours until now.

A few hours ago, she posted on her Instagram handle and added a ring to it.