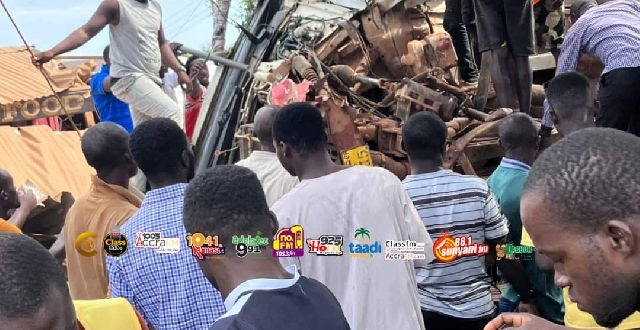 A woman has been run over and killed by a truck loaded with sand at Afienya in the Greater Accra Region.

The accident occurred around 8 am on Wednesday, 25 May 2022, eyewitness Samuel Ayumu told ClassFMonline.com. 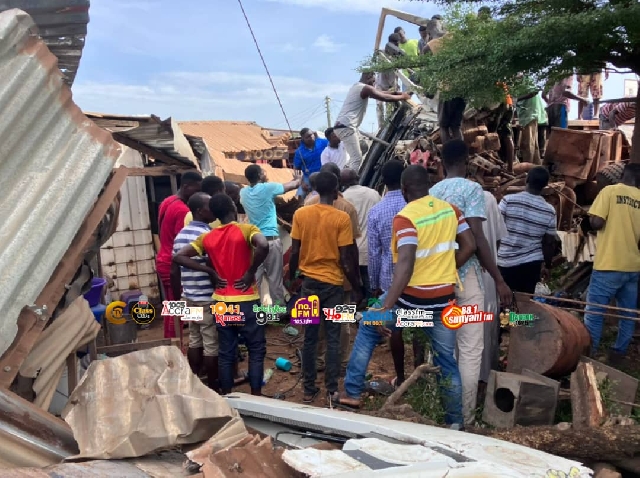 The truck run into an eatery as the driver attempted to overtake a commercial bus at Afienya Mataheko near MF Estates. 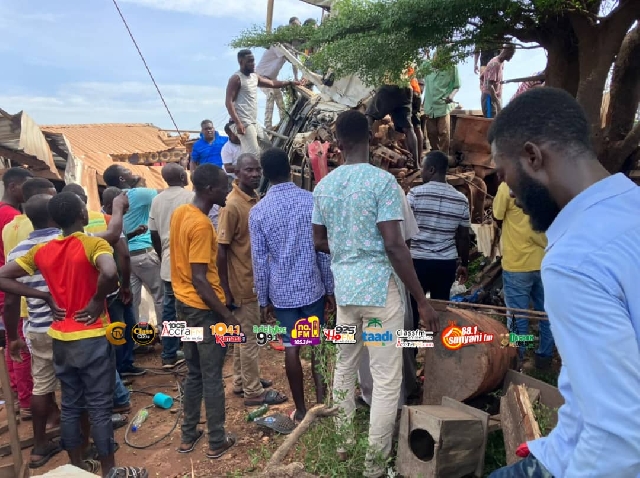 Apart from the destruction caused and the death of the woman, those at the eatery at the time of the accident, escaped with injuries.

The driver of the truck had to be rescued by first responders and rushed to the hospital in an Eastwing Clinic ambulance, which also got involved in an accident at Michel Camp en route to the Tema General Hospital.

The accident initially caused a gridlock but the police rushed to the scene to restore sanity on the road.

A tow truck has also been dispatched to the scene to move the truck away.

Previous Fmr. PPA boss slapped with 17 charges, granted GHc5m bail
Next I wouldn’t hesitate to marry a Ghanaian if he is the man of my dreams – Anne Sophie Avé