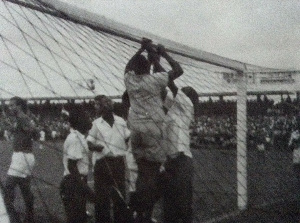 ‘Mfum atete net’ (Mfum the net breaker) is one of the popular Ghanaian football tales.

Up till today, many do not believe it happened because the story could not prove when, in what game, at what minute was the goal scored, in what competition, or against which team?

These are the only facts that could make the story believable and since they did not come along with the story, it is widely believed to be a myth just like the Ghana-India 99-1 scoreline that never happened.

The Ghana-India match is the most popular football myth in the country. They say India used superpowers(vodoo) to make a mystic entrance by appearing from beneath the earth onto the field. The game ended 99-1 win in their favour and the Ghanaian who scored the goal died.

Obviously, it is one of the comic stories and it never happened. In fact, Ghana have only faced India twice, in 1982 and 1997.

Wilberforce Mfum is considered one of the greatest Ghanaian footballers of all time. He played for Asante Kotoko and the Black Stars and is regarded as one of the best goal scorers in Ghana’s football history.

Willie as he was popularly known scored 20 goals in 26 matches for the Black Stars.

He holds the record for most goals scored in the country’s biggest clash, which is the Super Clash between Asante Kotoko and Hearts of Oak.

Mfum was a core member of the Black Stars squad of 1963, the fearsome Black Stars team that did host and win. 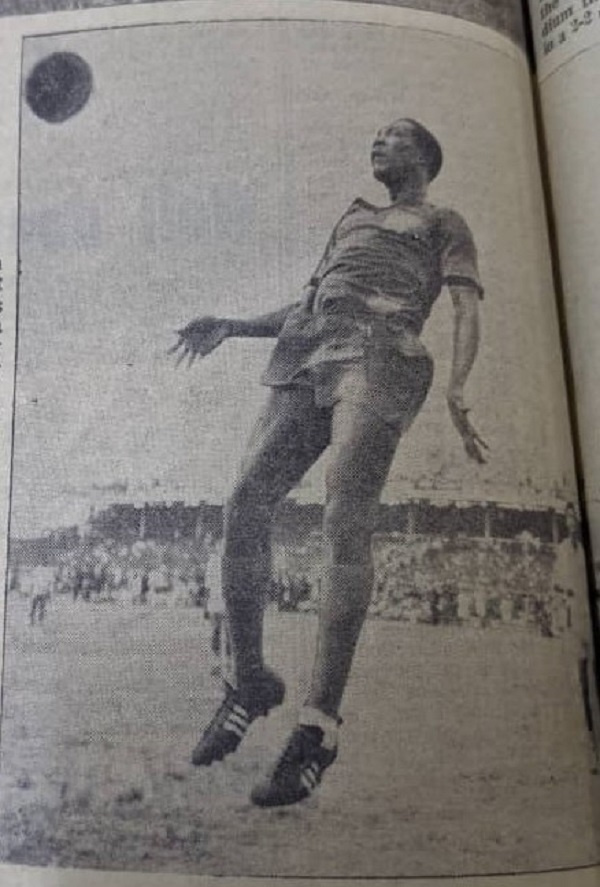 (“Bulldozer” Mfum in all of his physical glory — Source: Daily Graphic)

Prior to hosting the Africa Cup of nations in 1963 and participating for the first time, the Black Stars had won three West Africa championships, they had beaten Blackpool who was FA Cup winners in 1953, and English league runners-up in 1956.

They had gone 12 games unbeaten in their European tour, winning 8. They had also 3–3 with five-times European champions Real Madrid, a team that had football greats like Alfredo Di Stefano and Ferenc Puskas.

At the competition, six countries participated in two groups of three with Ghana drawn into Group A together with Ethiopia and Tunisia.

The Black Stars started the tournament against Tunisia at the Accra Sports Stadium on November 25, 1963.

With the loudening noise at the fully-packed Accra Sports Stadium, the Stars wanted to begin the tournament on a good note and did not take long in taking the lead. They put themselves in front just 9 minutes into the match.

The goal was beautifully scored to give Ghana the opener but Egyptian referee Mahmoud Hussein Imam held onto his whistle and could not blow for the goal to be given. Why was he not whistling for a goal?

He was simply confused because the Ghanaian fans had burst in joy, celebrating their goal but Imam could not see any ball in the net to restart play, and the Tunisians were protesting that the blistering shot by Wilberforce Mfum never went in.

A decision had to be made as arguments started to heat up in the crowd and among both sets of players.

Imam consulted his linesman who also had no clue where the ball went so they both resulted in inspecting the Tunisian goal and awarded the goals upon finding out Mfum’s rocket has ripped the net.

“They inspected the net…and when they found it completely torn, they ruled it a goal,” the report explained.

Wilberforce Mfum holds the record as Ghana’s first-ever scorer at the AFCON and that devasting goal was the famous ‘Mfum atete net story’.

So it actually happened, the story every Ghanaian football-loving fan was told while growing up really occurred. 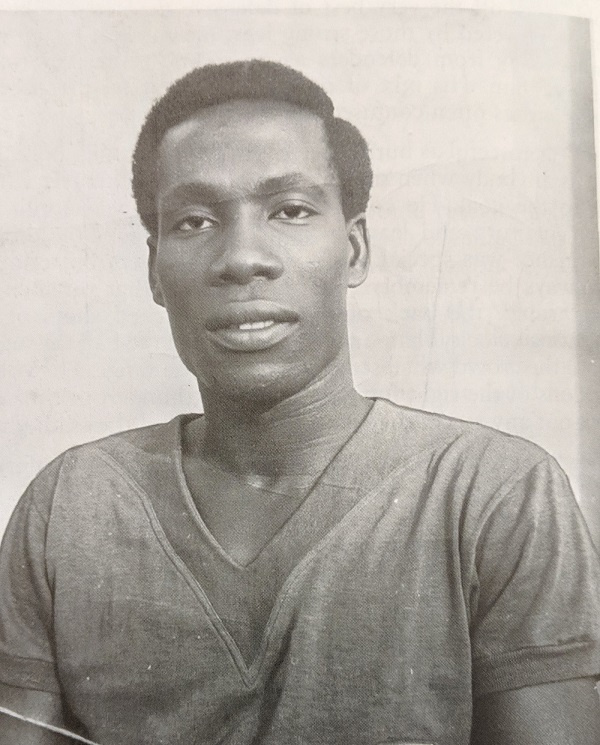 Emmanuel Bediako, then 22 years and junior writer for Daily Graphic was present at the stadium.

“The shot was just from the edge of the box,” Bediako recounts.

“Everyone was confused. Our players were sure it was a goal but they couldn’t prove it until the linesman was called,” he added.

Bediako revealed why Mfum could shoot with such venom.

“He was a no-nonsense attacker, and behaved like a hawk in the box. He was built to shoot like that. He was nicknamed Bulldozer and Man Diesel for his aggression and brute strength.”

In Ghanaian footballer and author, Alex Ayim Ohene’s book “The Glory Days” he painted a picture of youthful Mfum.

“His torso and legs, bloody hell,” with “explosions of the right foot.”

Mfum speaking with Ghanaian historian and football writer revealed the secret to his shooting,

“In that era, we didn’t pass a lot around the final third — we were encouraged to shoot from all ranges and angles. So we became really good at it.”

Mfum boast that good football was played during his days “Ah, your generation? You are not watching real football.”

Wilberforce Mfum is now 85 years. Along with Edward Acquah, Aggrey Fyn and a host of other great players they won Ghana’s first AFCON title in 1963.