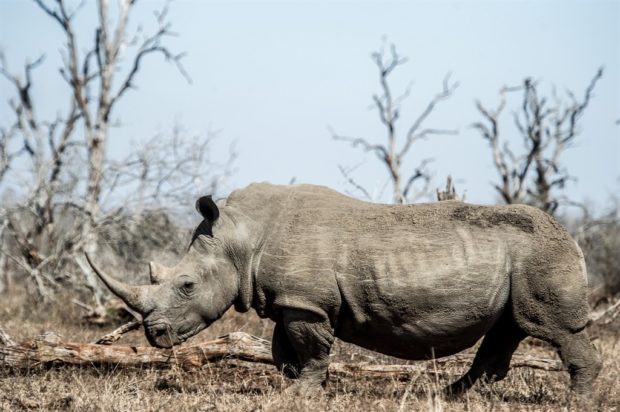 Two rhino poachers from Mozambique have each been sentenced to 23 years behind bars in the Skukuza Regional Court in Mpumalanga.

Americo Mathonsi,59 and Michael Chauke, 57, were arrested in the Satara section of the Kruger National Park (KNP) on 22 May 2019.

Rangers responded to the sound of gunshots and upon investigation, found two rhino carcasses. The horns were still intact.

“A search culminated [in] the arrest of the two men close to the scene where the carcases were found,” SANParks spokesperson Isaac Phaahla said.

“Poaching equipment, including a high-powered rifle, were recovered and linked to the killing of the rhinos,” Phaahla added.

The two men were found guilty of trespassing in a national park, killing protected rhinos, possessing an illegal firearm and ammunition, and contravention of the Immigration Act.

“They were each sentenced to a total of 23 years in prison,” said Phaahla.

Gareth Coleman, managing executive of the KNP said: “We welcome the resumption of trials in Skukuza and congratulate the prosecution for presenting a compelling case to the court which led to the two convictions and sentencing.”

Coleman added that there was still more to be done, especially outside the park, to arrest those responsible for destroying natural heritage.

“Our anti-poaching teams will be encouraged by these sentences, which prove that their efforts are not in vain,” said Coleman.

This year, the Skukuza Regional Court is expected to finalise several high-profile cases, including that of former KNP regional ranger Rodney Landela, whose trial is set down for June.