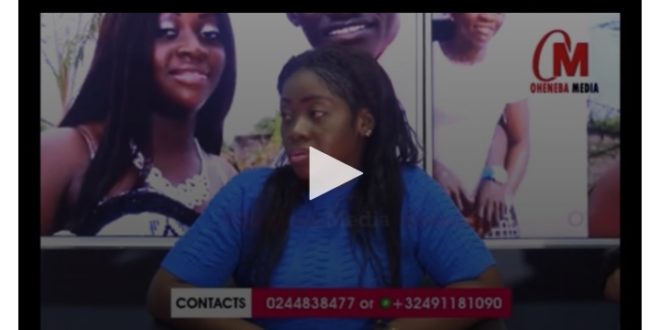 Ex-wife of popular Kumawood actor, Kwadwo Nkansah LilWin, has alleged that Sandra Ababio was the main reason her marriage did not work out.

According to Ms. Patricia Afriyie, Sandra was in an amorous relationship with LilWin at a time she (Patricia) was still married to the actor.

Ever since pictures from LilWin and his current wife’s engagement went viral, Ms. Afriyie has been spilling out issues relating to her past marriage with the actor on social media.

But touching on that, she insisted that Sandra who she claims was responsible for ‘breaking’ her home is her main target and not LilWin’s new wife.

“That witch Sandra was the one who came in between me and Lilwin. She destroyed my marriage. If she claims not to have had anything to do with Kwadwo then she should be ready to swear on that. We can provide her with eggs to do that. There have been times I saw Sandra’s nude pictures on Kwadwo’s phone. At that time, I tried to find a way to access to the naked pictures but I couldn’t. I wasn’t using a phone at that time because Kwadwo banned me from using it.

A lot of people informed me about their relationship but I did not believe it until I started seeing these things. That was the beginning of our woes. That was when all our problems began. LilWin once told me that Sandra isn’t my class so I shouldn’t talk about her in a certain manner,” she stated in an interview with OhenebaTV monitored by GhanaWeb.

Ms. Afriyie added that she takes delight in the fact that LilWin did not end up with Sandra Ababio.

“I don’t have a problem with LilWin’s current wife. It is Sandra I have a problem with. I even thought LilWin will marry Sandra but that did not happen. In fact, I am very happy LilWin married that lady in particular and not Sandra Ababio.”

LilWin often denies any form of sexual encounters with Sandra Ababio whenever issues relating to that pops up during media interviews.

Sandra on the other hand has remained tight-lipped since these claims erupted.

Previous ‘Break the Eight with me’ – Ken Agyapong speaks on Presidential ambition
Next HOT VIDEO: Antoa kills Kwadwo Boi; Sofo Kyiri Abosom, others next to die