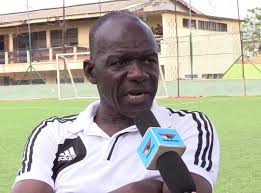 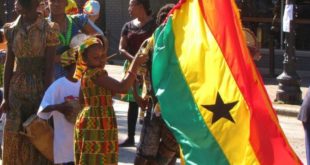 He wants countries to invest in the training of goalkeepers

Former Black Stars goalkeeper Abukari Damba has disclosed the reason behind the limited number of African goalkeepers in the top tier of European football.

Whiles African outfield players abound in the major European leagues, the goalkeeping situation is the opposite.

In an interview with GhanaWeb, Damba said that African countries must make a conscious effort towards the training of goalkeepers.

He noted that the reason why Europeans tend to produce more world class goalkeepers is because the countries have distinct goalkeeping training schools which are aligned to the nation’s football objectives.

“The goalkeeping position is specialized position and in other jurisdiction they have consciously invested time, energy and funds into the goalkeeping department making it autonomous. You have special vision for the goalkeeping so you train your goalkeepers to meet that vision.

You scout your goalkeepers according to that vision. Identifying the talent is very important and develop them accordingly so with time they grow up and become very much accustomed to that department.

“It’s a conscious effort and every FA must make that deliberate effort to invest in that particular department which is goalkeeping then you get it right. If you look at the teams you mentioned, from the academy level, keepers are trained systematically and integrated into the main training session to play with their feet.

“Goalkeepers are great passers of the ball because they understand the controlling and passing and when you come to goalkeeping specifics then you deal with. It doesn’t just lie in the hands of the goalkeepers, you need specialist and goalkeeping technicians to do that.

“That is why European clubs have better goalkeepers because they have invested consciously in that. Africa nation must make goalkeeping and integral and autonomous department with a vision not devoid from the vision of the nation,” Damba said.

Damba further disclosed why it is unpardonable for goalkeepers to make repeated mistakes.

“All the main actors on the pitch make mistakes and they can be covered but the goalkeepers’ mistake is final. The goalkeeper singlehandedly can win and lose games not consciously or deliberately. Goalkeeper’s mistake is final for which reason he must concentrate for ninety minutes plus depending the duration of the game.”.

“So, the goalkeeper must be alert for the entire duration of the game and this the reason I believe the goalkeeper is the most important player on the pitch. I don’t think goalkeepers add pressure. Goalkeeping is a choice. It’s a whole responsibility. You know the dynamics of goalkeeping and you know what comes with it,”. the veteran added.