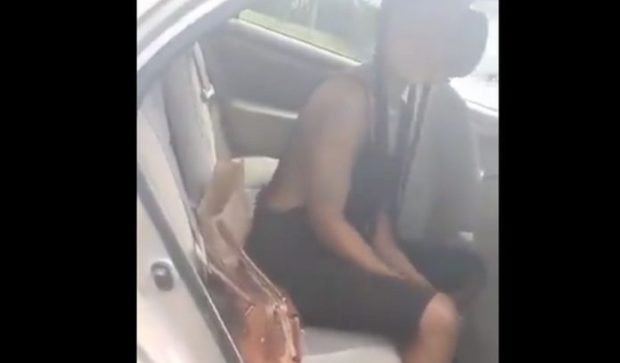 VIDEO: Drama as lady is seen pleading with taxi driver as boyfriend refuses to pay

A viral video shows a young lady pleading with a cab driver after she failed to pay her fare.

And her boyfriend, who was supposed to pay, was also refusing to pick up her calls.

According to the source, the lady chartered a taxi, hoping that her supposed boyfriend would pay when she gets to his house. Unfortunately, when she got to her destination, her boyfriend did not pick up her calls.

In the video, the lady could be heard explaining that her boyfriend probably slept off. She asked the driver to either drop his account number so she could pay later or call her boyfriend with his phone in hopes that he would pick up the call.

But the driver was uncooperative and threatened to seize her phone as collateral until she could pay what she owed.

The Tweep, who shared the video, captioned it: How do you guys request for a ride knowing that you are not the one paying, and you yourself don’t even have money to pay? Like Idg what if the person meant to pay can’t pick up call or his or her phone got spoilt. How do u intend to pay the driver?