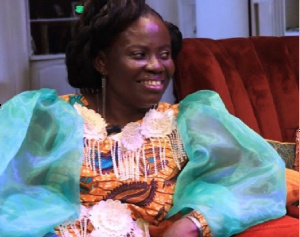 She ‘dug out’ back to back hits, popular songs that until now some individuals did not for a second think belonged to her.

UTV’s United Showbiz program on Saturday, March 14, 2021, hosted the likes of Diana Hopeson, Ophelia Nyantakyi, Abaawa Comfort but Hannah Marfo’s performance was the most talked about.

“Yeda Waase, Akristofo Adosoo, Eye Adom, David Nyame were among the numerous hits Mrs. Marfo poured out to the tens of thousands of audience who watched the show.

With much excitement, individuals took to Twitter to discuss the aura that accompanied her splendid performance coupled with her unique voice.

Others narrated how they felt goosebumps and nostalgia when Hannah Marfo dropped her bangers.

“Heeerrrr Mama Hannah Marfo. Onyame nhyira wo. One of the songs I grew up with. And I just loved it,”

“Hannah marfo be legend. I didn’t know she was behind all those hits. We used to dance to her tracks back then. What!!!!

“I remember Wofa BOATENG Use to play her song every morning. That woman is so blessed,” 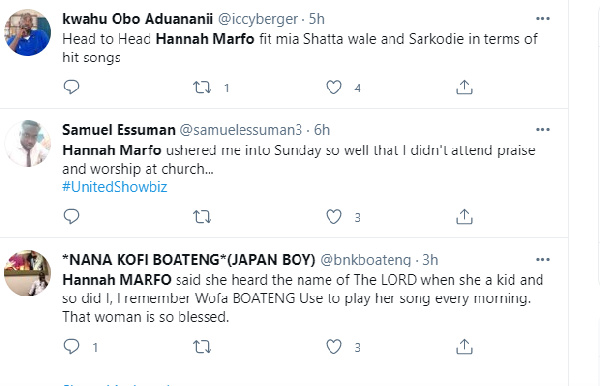 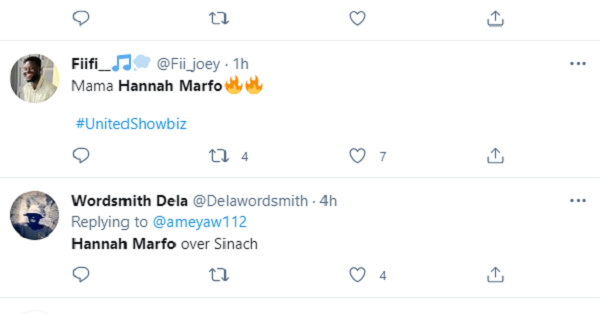