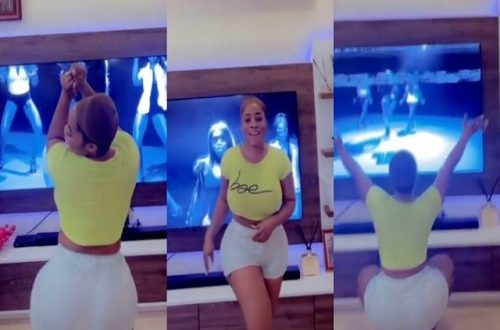 Moesha Boduong has taken to her Instagram page to share a video of herself dancing to her new song dubbed “Diva”.

The song and its video was released recently on her birthday 10th March 2021, and it is making waves. A lot of people were bewildered of the fact that Moesha was bending down to dance.

Well, in the new video sighted on her Instagram page, she was seen dancing, twerking to her song “Diva”, as she bends down to twerk. She could be seen wearing a lemon crop top and an ash shorts.