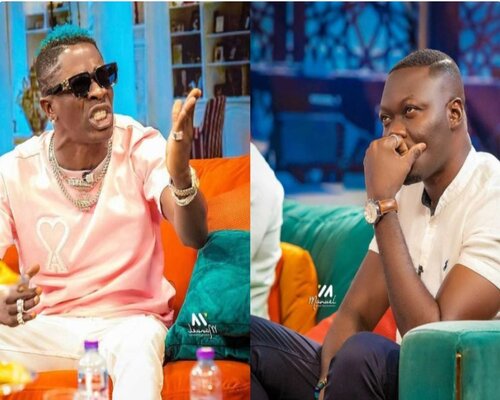 The new song titled Shw3 was shared on social media by the musician and it is gaining some momentum after it went live about an hour ago.

In the song Shatta Wale was heard saying many people thought he would fail but he is still standing after all these years.

He went on to jab ‘a journalist’ and said “see shoe, see face” and added Arnold Asamoah-Baidoo’s now viral “shw3” response when Shatta Wale was making his submission.

Checks made by Zionfelix.net show that Shatta Wale’s Shw3 song is almost hitting 20,000 views after it was posted a little over an hour ago.

It would be recalled that Shatta Wale and Arnold Asamoah-Baidoo clashed on live TV during the last episode of UTV’s United Showbiz programme.