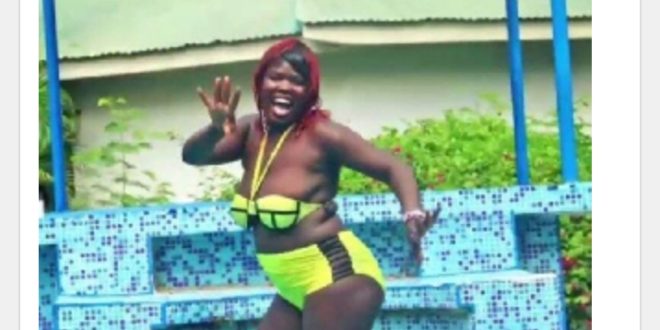 VIDEO: Singer Mercy strips naked after her brothel was raided by police

Singer Merceline Atieno aka Mercy Atis who became a viral sensation after her song ‘I Don’t Give a Damn’ went viral on social media in 2020, stripped naked after police officers raided her brothel on Sunday September 18.

Kenyan police officers raided the brothel which was formerly an eatery joint in conjunction with Kajiado County Liquor Licensing Board after being alerted by members of the public.

Previous I ate only bananas for 4 days, this is the result on my body
Next Every bullet, bomb that hits a target in Ukraine hits our pockets – Akufo-Addo tells UN