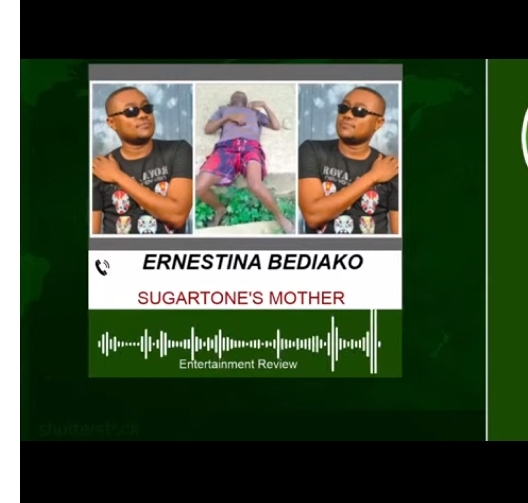 • According to her, some musicians introduced his son to the use of illicit drugs

Mother of popular Ghanaian sound producer, Sugartone has revealed the main cause of her son’s deteriorating health.

One can recall that a viral video in which the renowned music producer was captured lying helplessly by a gutter has sparked confusion on social media.

Many have since been wondering what might have triggered Sugartone’s poor state but giving a vivid explanation on Peacefm’s Entertainment review show, mother of the sound producer said his son was addicted to drugs.

“I have queried him several times on why he smokes and he says he takes it for fun. He has confirmed doing drugs with some industry colleagues and musicians. He takes it out of excitement. Anytime he mixes it with alcohol, he gets worse,” He told Akwasi Aboagye.

Asked why Sugartone stopped producing songs prior to his ill-health, Mrs Bediako said;

One can recall that sometime in 2016, Sugartone admitted to the usage of Marijuana claiming that it brought out his creativity.

He was one of the prominent music producers in the early to mid-2000s, producing some of the greatest hits of all time.

Among the songs he produced were Bandana’s (now Shatta Wale) Moko Ho, Daseebre Gyamenah’s Settei, Reggie Zippy’s Virgin and For Sale, and many more.