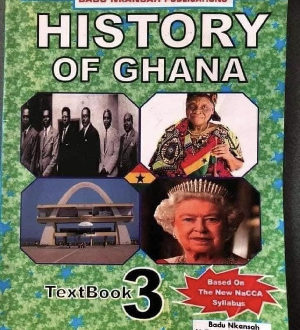 We apologise for offensive publication – Publisher of history of Ghana textbooks

Badu Nkansah, publisher of the new history of Ghana textbooks which has some chapters describing Ewes as inward-looking, has rendered an unqualified apology for the offensive publications.

According to him, the history of Ghana book which was published based on the new curriculum by NACCA, when submitted for assessment, received responses from NACCA raising concerns with certain portions of the book.

“They, however, told us to work on certain aspects of the book further in order for it to meet the expectations of the new curriculum,” Badu Nkansah explained in a press statement copied to GhanaWeb.

He added, whilst undergoing review, a limited quantity of the unpublished draft found its way onto the market.

“We have seen certain snapshots on social media which has generated public uproar due to its offensive tone. Though it is not a deliberate attempt to berate such a huge section of our society, we wish to unreservedly apologise for the slip,” the statement read further.

Badu Nkansah noted that his brand stands for national unity therefore they are investigating to ascertain how the draft found its way to the market. “We will make the results of our investigations public when we are done.

Meanwhile, the copies in circulation have been recalled with immediate effect since it has not yet met the final approval threshold. 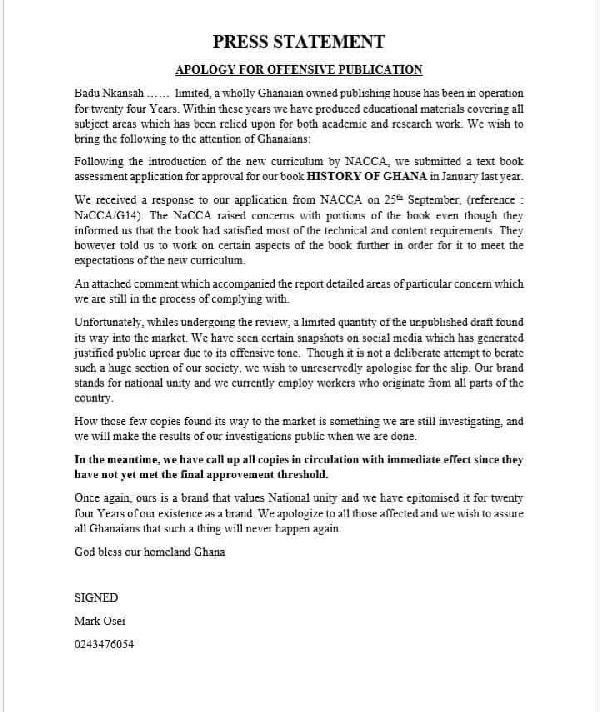 Previous Nana Aba Anamoah ‘shakes the internet’ after revealing balance on her MoMo wallet
Next [VIDEO]: Meet the man who has been selling ice cream since 1983 in Tema