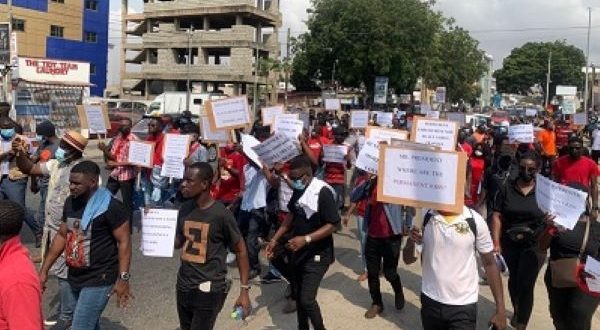 The Nation Builders’ Corps (NABCo) Trainees Association of Ghana has called on the government to pay the allowance arrears owed its members.

The trainees, who have not been paid their allowances in the last couple of months, say due to their current situation, they may not be alive to see the country’s economy bounce back.

A statement issued by the association,on Monday, 23 May 2022, said: “They have been plunged into a point of no hope as the government has turned deaf ears to the pressing issues.”

According to the association, recent events do not reflect the government’s promise to invest in the youth through job creation.

“We are asking the government this simple question: although we have been told of the soon-to-come arrears/permanent arrangement, until when?” the statement continued.

It added: “We are dying of hunger and may not live to see the economy bounce back, due to non-payment of seven (7) months arrears.”