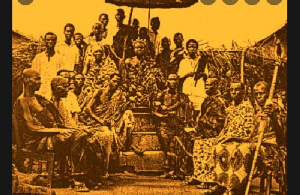 Why Akan children inherit from their uncles and not parents

When children grow up, one of the natural things would be that they inherit their parents when the time is right, at least that is the universal channel of inheritance, but the Akan people of Ghana have a rather peculiar inheritance system.

With recent conversations stemming from the details of the last Will of the late former Chief Executive Officer of the Forestry Commission of Ghana, Kwadwo Owusu Afriyie (a.k.a. Sir John), where it became clear that the majority of the heirs of his estates were his nephews, GhanaWeb has dug up some educative material to help clear all the confusions some people may have on the subject.

Without a doubt, the Akan tribe is Ghana’s largest, covering 48% of the country’s population, with a lot of cultural practices, beliefs, and superstitions.

The family system of the Akans employs the matrilineal system of inheritance, which basically means that instead of directly being heirs of parents, their children inherit their uncles.

How did this come to be, and how does it work?

The following accounts on how and why the Akans inherit the matrilineal way is made possible by @Ashanti_Kingdom on Twitter:

However, a child is related to his uncle because he is the brother of his mother. By this, it is regarded that they are related by blood.

The understanding is that after all, the woman’s brothers are there to take care of the children.

One interesting thing about the Akan family system is that there is nothing like a cousin. The children of your uncle (your mother’s brothers) are your siblings since you are related to your uncle, and because they are related to their mother by blood.

Therefore, the matrilineal system empowers women to be independent.

Women are supposed to be pampered and held in high esteem and that is why the Akan family system favours women more than men, giving them the power to decide.

It is this power that most likely, made Yaa Asantewaa declare in the presence of men that “If you men are afraid to fight, I will mobilise my fellow women to fight the white man till the last of us fall.”

It is this power that perhaps made ex-President John Agyekum Kufuor’s mother, Ama Dapaa Kufuor, make sure her children took her maiden name “Kufuor” instead of only their father’s name.

It is this same power that probably made Nana Konadu Agyeman maintain her family maiden name “Agyeman”, even after she married the late former President Jerry John Rawlings.

It must be established that it is through this system that the monarchical leanings of the Ashanti Kingdom is made.

Source: www.ghanaweb.com
Akan AND CHILDREN FROM inherit not Parents THEIR uncles WHY 2022-05-24
Elvis Anokye
Share

Tags Akan AND CHILDREN FROM inherit not Parents THEIR uncles WHY