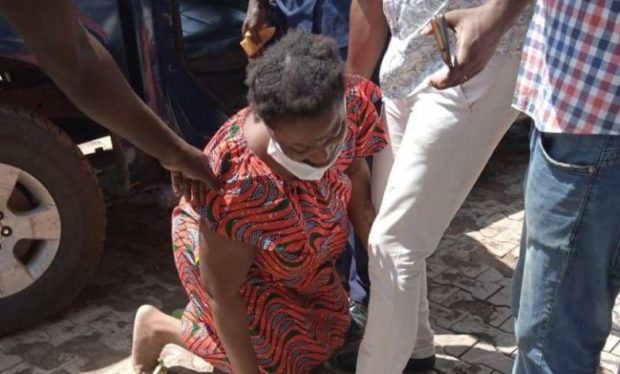 Woman, 33, Jailed 7yrs for Stealing a Child at Boadua

A 33-year-old unemployed woman, Priscilla Owusua has been sentenced to seven years imprisonment in hard labour by the Asamankese Circuit Court for stealing a three-month-old child in Boadua.

Her accomplice, Stephen Appiah pleaded not guilty to the above charges so he was remanded for further investigation.

Detective Chief Inspector Agbeko Novor told the court that the complainant is a farmer living with her husband at Boadua, whilst the accused Persons also reside in the same Town.

The prosecutor said on 02/02/2022 at about 4:00am, the complainant’s husband left for morning devotion while the accused Persons rushed to the room where the three months old girl and her mother were and took the baby away.

The complainant shouted and chased the accused Persons but could not get help for their arrest so later in the day, her husband returned to the house and heard the incident so both went to the police station for Official Report.

Priscilla Owusua was later sent to Saint Dominic Hospital at Akwatia for medical examination and upon Interrogation, she confessed to stealing the child so she was charged and sent to court for prosecution.

Tags 33 7yrs A at Boadua CHILD FOR jailed STEALING WOMAN