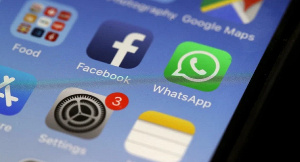 Users of social media platform, Facebook have their accounts shut out across the world in what is described as a ‘crash’

Subsequently, many users of the messaging platforms, Whatsapp and Instagram have also been experiencing these glitches.

The glitch which occurred on October 4, 2021 has left many users in disarray as they are not able to access their accounts as at the time of filing this report.

The three apps which are all owned by Facebook and operate on a shared infrastructure.

IG down or something

Source: www.ghanaweb.com
Related Topics:crashInstagramtwitterWHATSAPPworldwide
Up Next

Plane bursts into flames on runway after ‘botched landing’