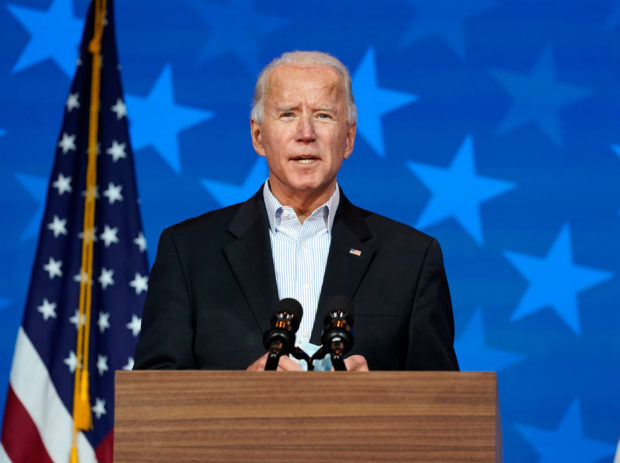 The Democratic nominee is the projected winner in enough states to win 270 electoral votes. The state of Pennsylvania, which Hillary Clinton lost in 2016, was called for Biden just before 9 am ET on November 6, clinching the electoral win in a tightly contested vote that drew historic turnout.

The victory comes as a massive relief to Biden’s supporters after an anxiety-ridden few days during which a record amount of mail-in ballots were tallied. It also serves as a promise — though certainly not a guarantee — that the high-octane drama of the Trump years might finally be coming to an end.

Trump, for his part, has signaled he may not go quietly, calling into question the legitimacy of the late-counted votes that arrived by mail in the states that clinched it for Biden.

For Biden and Harris, the victory marks the end of the campaign — but the beginning of an even more daunting challenge. Biden, who enters the White House as both the chief executive with the most experience in public service in US history and the oldest man to assume the presidency, will assume his duties amid a historic crisis, a pandemic that has already claimed more American lives than World War I, Korea, and Vietnam combined and has produced the highest unemployment rates since the Great Depression.

And Biden and Harris may have to take power with a Republican Senate. As of this writing, the small chance of a Democratic Senate hinges on runoff elections in Georgia in January and uncalled races in North Carolina and Alaska. A slight majority for Republicans is very likely. A Democratic failure to take the upper house — even if they hang on to the House of Representatives as expected — could effectively end Biden’s agenda before it has a chance to take form.

Biden won the presidency by partially rebuilding the so-called “blue wall” for Democrats — the industrial Midwestern states of Michigan, Wisconsin, and Pennsylvania. He also planted a Democratic flag in the Sunbelt, with Arizona, Georgia, and North Carolina all still in play (Biden leads in the first two and is behind in the third). As of this writing, he has amassed 73.7 million votes to Trump’s 69.6 million — a spread of 50.5 percent to 47.7 percent — and can lay claim to the record for most votes in US history.

How the press calls elections, explained

As the scale of the pandemic and its economic damage started becoming clear earlier this year, the Biden campaign signaled that the candidate wanted an “FDR-sized” administration. He touted a plan to tackle the Covid-19 pandemic by expanding testing, fostering better coordination between states, and organizing rapid development and deployment of a vaccine. He put forward a program to fight the economic crisis created by Covid-19, including funding for states and localities, cash and unemployment insurance for individuals and households, and grants and loans to small businesses like bars and restaurants.

This is the future Joe Biden wants

All that seems fairly doable under unified Democratic control — but much, much harder if McConnell keeps the Senate. In 2009, McConnell decided that a posture of absolute obstruction, meant to block any and all Obama legislation meant to rescue or reform the economy, was the best approach for Senate Republicans. At that time, his Republicans were in the minority, so total obstruction was harder. This time, he may have a Senate majority — and he is likely to take that posture again.

Without the Senate, Biden’s ability to enact his agenda will be severely constrained, even if there are executive actions he can take to move the ball on a few fronts. He will have a little more latitude in foreign affairs, where he’ll seek to undo Trump’s reversal of the Obama-Biden foreign policy by re-engaging with Cuba and Iran, negotiating a new arms control deal with Russia, and addressing the threat North Korea poses to South Korea and Japan.

Biden will also have to decide how to handle the legacy of his predecessor: whether to let bygones be bygones, as was the Obama-Biden attitude toward George W. Bush, or to seek to prosecute, or at least investigate wrongdoing from the Trump years under a new attorney general.

All these questions will have to wait until we know the outcome in the Senate. For now, at least, Democrats can celebrate winning the presidency.

Trump’s defeat comes as an enormous relief to the majority who voted against Trump four years ago, to those harmed by his policies from forced family separation to the botched Covid-19 response, and to the many who worried Trump harbored dangerous autocratic tendencies. To the Americans who elected Biden, it feels like the ending of a dark chapter in our nation’s history, and potentially the beginning of a moment of great opportunity.

But for that opportunity to be fulfilled, Biden and Harris will need to work fast — and we won’t know if they’ll be able to do that until we know the results in the Senate.

At stake is an agenda that rivals any previous Democratic president’s program.

Biden’s plan to respond to the Covid-19 disaster is called “Build Back Better.” It doesn’t have quite the same ring as “New Deal” or “Great Society,” but it captures what Biden is aiming to do: rebuild from the wreckage left by the Trump administration’s failure to contain the virus and willingness to let it spread to 9 million cases and over 230,000 deaths.

That failure has led to the highest unemployment since the Great Depression (14.7 percent in April; and 7.9 percent in September) and surging poverty. Meanwhile, as the pandemic raged, the Trump administration responded to protests for racial equality in about the worst and most divisive way imaginable.

American rapper says he got Trump to pledge $500B to the Black community, but social media isn’t buying it